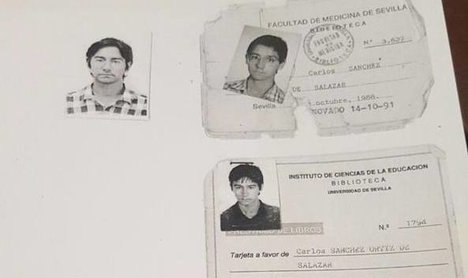 Italy has called off the search for a Spanish doctor declared legally dead in 2010, but found living as a hermit in a forest in Tuscany.

Carlos Sánchez Ortiz de Salazar, now 47, disappeared from his home in Seville province in 1996 during a bout of severe depression.

But two weeks ago a man claiming to be Carlos was found by two mushroom pickers, who stumbled across his camp in a thickly wooded area between the Tuscan towns of Scarlino and Cala Violina.

Salazar told the foragers who stumbled on his camp: “Now I must escape,” before showing them a tattered passport to back up his claimed identity. Before fleeing, he also told the men he had been living in the woods for 18 years.

Experts think that Salazar must have arrived in Italy on his beloved road bike, a gift from his parents before he disappeared.

The incredible tale sparked a furious manhunt but after days of fruitless searching, the search has now been called off.

“We will continue to keep an eye out in the forest but we won't be actively searching for anybody,” the mayor of Scarlino, Marcello Stella, told Il Tirreno.

“This is not the responsibility of the council and, after all, he is hiding of his own free will.”

Since Salazar was found no sightings have been reported of him.

His parents, who arrived in Italy on Sunday to join the hunt for their son, left on Tuesday for Spain.

They were convinced that it is impossible to find a man who doesn't want to be found, especially in the densely wooded 9,000 hectares that make up the Bandite forest.

But the head of the Tuscany unit of Italian missing persons group Penelope, Nicodemo Gentile, told Corriere della Sera they were not ready to abandon the search for Salazar.

“We will continue to follow this case and help Salazar's family with the hope that one day they can embrace the son who left them on his bike all those years ago.” During the entire manhunt, the only thing the searchers managed to find was part of his abandoned camp as well as a huge heap of rubbish.

The rubbish heap also provided evidence of the makeshift nature of his camp, showing how he had survived thanks to midnight raids on dustbins at the edge of nearby settlements.

Perhaps Salazar is still somewhere in the forest, or perhaps he is already setting up camp in some other remote corner of Italy. Whether he is ever found again or not, his incredible story will surely become the stuff of local legend.