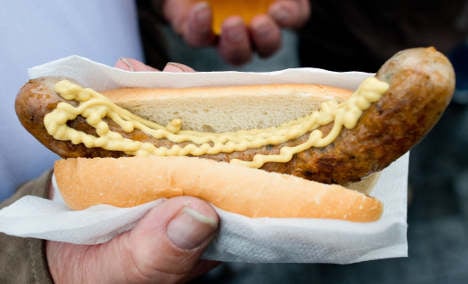 “No one should be afraid when eating a  bratwurst,”  said Christian Schmidt.

“As with everything, what counts is the quantity: too much of something is always bad for health,” he said in a statement.

“We worry people unnecessarily if we put meat in the same category as asbestos or tobacco,” he added.

Based on a review of 800 studies from around the world, the International Agency for Research on Cancer (IARC) said it found “sufficient evidence in humans that the consumption of processed meat causes colorectal cancer”.

The association of Black Forest ham makers was also critical of the report, claiming that it would create insecurity among the public.

The organization “Food science” also slammed the review for a “lack of clear scientific proof.”

“Up until now it has never been scientifically established which elements of meat could be harmful to humans,” said the organization's head Stephan Becker-Sonnenschein.

It is unclear “whether it is the meat itself or perhaps rather the process of smoking or fermenting it [that is dangerous]” he added.

For unprocessed red meat — beef, veal, pork, lamb, mutton, horse or goat, the review found “strong” evidence of a link, but not convincing enough to place it in the group of confirmed cancer-causing agents which includes tobacco smoke, asbestos, and now also salami.

Although sausages and salami figure regularly in German meals, meat consumption in the country has actually fallen in recent years. Each inhabitant ate 60.3 kilogrammes of meat in 2013, down from 61.3 kg in 2010.