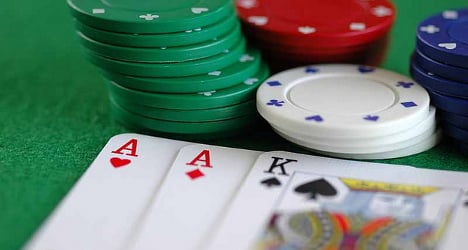 The bill, submitted to the Swiss parliament on Wednesday, would allow Switzerland’s 21 land-based casinos to apply for permission to set up online gambling services, reported Swiss media including 20 Minutes.

Online gambling is currently illegal in Switzerland, though that ban is practically impossible to enforce, given the number of foreign gambling sites readily accessible on the internet.

The Swiss Federation of Casinos largely welcomed the bill, which was revised during its consultation period, but said it didn’t go far enough.

In a statement, the federation called for rules governing the type of games casinos can offer to be loosened, and for the new legislation to be enforced sooner than the 2019 date currently predicted, which is “far too late”.

“Over the past few years Swiss casinos have been under extreme pressure,” it said.

Industry profits have decreased by 30 percent since 2007, said the federation, and Swiss casinos are losing 300 million francs a year in profit to foreign online casinos and illegal gaming clubs.

“The new law on gambling for money should take into account this evolution and create the conditions to allow Swiss casinos to be competitive.”

The new law would also allow low-stakes poker to be played outside casinos – subject to certain conditions – replacing existing legislation which bans privately-run money-stakes poker tournaments and other “games of luck” as defined by the federal commission of casinos (ESBK).

If the new rules are brought in, organizers would be obliged to apply to cantonal authorities for approval, games should have low initial bids and the total stake should be given back to players.

The move is welcomed by Socialist MP Mathias Reynard, who supported a 2012 motion by the Swiss People’s Party (SVP) proposing the legalization of poker tournaments.

“Poker without a money stake is not the same,” he told newspaper Le Matin.

But what counts as a ‘low stake’ is still in question, having not yet been specified by federal authorities.

The figure could make all the difference, according to one poker player who spoke anonymously to Le Matin.

“The amount must relate to reality, for example the price of a decent concert,” he said.

“If the limit is too low, say between 30 and 50 francs, that will reignite cheating and clandestine activity.”

The proposed bill also exempts all gamblers from paying tax on their winnings, clarifying what is at the moment a rather unequal situation.

Currently winnings from lotteries and bookmakers are taxable, while money won by gambling in casinos is exempt.

The new law, supported by the cantons, could result in a loss to the federal and cantonal coffers of 30 million and 90 million francs a year respectively.

However the authorities hope that the new rules will make gambling sufficiently attractive to make up the losses through taxes on casinos themselves and additional lottery revenue.

The bill will also allow for the tightening of security measures to prevent fraud and money laundering, and reinforce rules to protect players from excessive gambling.

Cantons will be obliged to offer counselling and treatment for gambling addiction, while casinos will be able to ban people from individuals games if required.