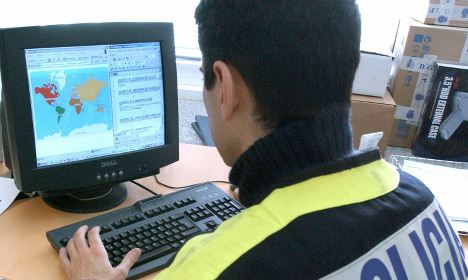 Among those arrested were two minors and two people considered mentally handicapped, national police officials said in a statement on Saturday.

The suspects had exchanged the pornographic photographs and videos of children online and “some of the images seized by police are extremely harsh and show sadism and bestiality,” the statement said.

The child pornography investigation began with “cyber-patrols” on the Internet by specialised agents, who after about a year were able to identify dozens of suspects.

“The agents are continuing to analyse the material seized to determine if there have been crimes of producing child pornography, sexual abuse of minors or connection with paedophiles,” police said.