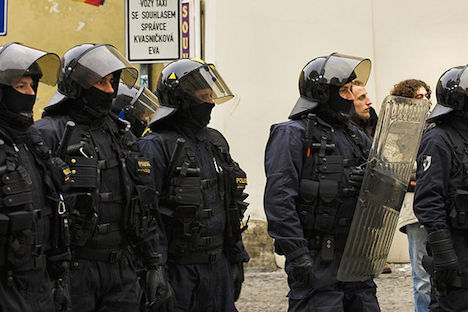 The Czech Republic is part of Europe's Schengen passport-free travel zone, which has come under intense pressure as the EU struggles to cope with an unprecedented influx of refugees and migrants.

“We want to be as ready as possible for a quick reaction to a reintroduction of border checks,” Czech police chief Tomas Tuhy said on the police website.

Unlike EU neighbours Austria and Hungary, the Czech Republic, Poland and Slovakia have so far seen few refugees and migrants seeking to transit through their territories to Germany and other western European countries in recent months.

But like other ex-Communist EU members in central Europe including Hungary and Slovakia, the Czech Republic has vehemently opposed refugee redistribution under a compulsory quota system adopted by the EU and pushed most by powerhouse Germany.