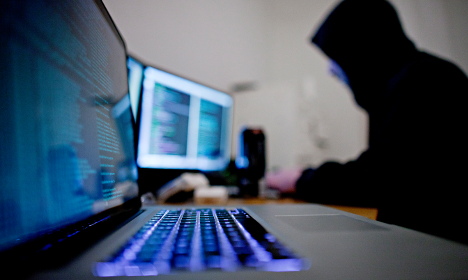 Human resources boss Martin Kirchberg and IT chief Edward Plainview were named as the heads behind the alleged mass surveillance in a report by Sweden's biggest newspaper on Tuesday.

It is not the first time the Sweden Democrats have faced spying accusations. In 2011 the anti-immigration party was accused of hacking into the email accounts of Swedish journalists and political opponents.

And in May this year Sweden's security police, Säpo, investigated allegations that members' computers had been hacked. The probe was later dropped.

Tuesday's report by the Aftonbladet tabloid claims that the purpose behind reading members' internal emails was to track down elected officials and employees who had spoken to Swedish anti-racist magazines and news sites such as 'Expo'.

According to a series of internal correspondence published by the paper, Plainview wrote in an email to Kirchberg on March 28th, 2013: “Is it a secret that I know exactly what people are writing to each other?”

He went on to write: “The main purpose of skimming through incoming mail is to find spam patterns. And if I see that someone is emailing expo [sic] I also react.”

Kirchberg replied that it should be secret and repeated the following day: “If news spreads that it's being checked on a whim people will lose trust and those who are up to something are going to use other channels.”

On Tuesday the HR manager denied that any mass surveillance had taken place.

“When we in 2013 switched from Google to our own emailing system we needed to build up a spam filter. It was crucial that we got it exactly right. That's why at first IT had to skim through emails manually to train the filter. There was no other way of doing it and it's perfectly normal,” Kirchberg told Aftonbladet on Tuesday.

The paper was not able to reach Plainview for a comment by Tuesday morning.

Sweden's third biggest party has seen a steady rise in support over the past year, taking them from 12.9 percent in the last general election in Sweden to 21.5 percent in one survey over the summer. But another major poll just days ago suggested that their growth has stalled amid Europe's refugee crisis.