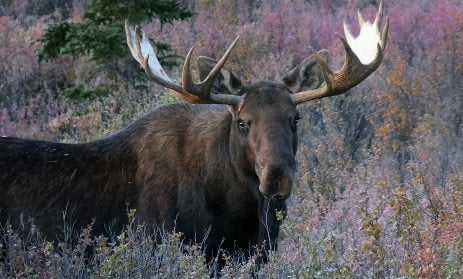 The man, a resident of Loftahammer in southern Sweden, is now demanding tens of thousands of kronor in compensation for being falsely accused of murder.

His lawyers are critical of the way in which prosecutors and the police handled the investigation after his 63-year-old wife was found gravely injured near the shore of a lake outside of Loftahammar in northeast Småland in September 2008.

According to the man, investigators were too quick to assume that he had killed his wife.

For months he laboured under the suspicion that he had murdered his wife, and he was also detained for ten days. Then it turned out that his wife was in fact killed by an elk.

When the woman was found dead on a forest path, the police immediately suspected her husband, and arrested him on suspicion of murder, just hours after she was found. After ten days in detention, he was released, but the suspicions against him remained.

It would take several months before police identified the real culprit after hairs found on the woman’s body were finally identified as coming from an elk. Police then realized the woman had been kicked to death by the animal.

The man says that because of the false accusation, he was viewed as a killer by his neighbours where he lived and had to move away.

The Swedish Christian Democrats (KD) leader has called for the chemical castration of certain sex offenders as part of plans for a tougher grip on sexual crime and punishment in Sweden.

Speaking to the Swedish parliament on July 1st, KD party leader Ebba Busch said, “Every day, 27 rapes are reported. How many days must pass before the government takes action?”

“Today we propose that rapists and people who commit sexual crimes against children should be able to be chemically castrated.”

The controversial chemical castration proposal was the headline grabbing soundbite in a broader set of proposals to recalibrate the structure of Sweden’s sexual crime sentencing.

In addition, they want a “monitoring period” for convicts who have been released, equivalent to one third of the sentence served.

They also want to establish a national knowledge centre for sexual violence where people who feel that they have “problematic sexuality” can receive support. The center must also “be able to administer chemical castration on a voluntary basis to those who are concerned about unwanted sexual thoughts and impulses and have a compulsive sexuality”.

Chemical castration, she suggested, should be implemented as a condition of release for some sexual offenders. “It may mean that if a person like Nytorgsmannen is to be able to become a free man, a chemical castration must have taken place before the release,” Busch said, referring to Andreas Holm, a man sentenced in 2021 for 35 different crimes including 24 rapes.

At the time the proposal was rejected by all other parties.

Chemical castration, the process of preventing sex hormone production through chemicals, can reduce sexual libido but the effects on those with deviant behaviours are relatively unknown.

Chemical castration can also prove costly as it is not a one-off treatment but rather requires regular interventions, which means the police would be reliant on those sentences to chemical castration making regular trips to the authorities for further treatment.