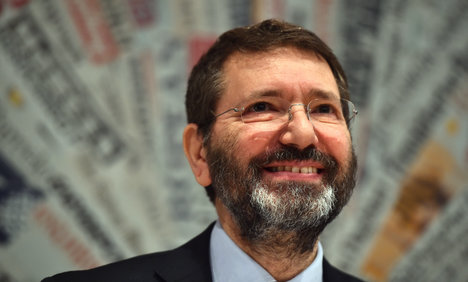 Rome Mayor Ignazio Marino came to the aid of two passengers on board a flight to the US. Photo: Gabriel Bouys/AFP

Marino was flying to the US to participate in Pope Francis' visit when two passengers were taken ill – one with a respiratory problem, the other with a panic attack, Ansa reported.

The sudden illness of the passengers startled flight officials who put out a call: “Is there a doctor on board?”

Marino, who was a transplant surgeon before he turned politician in 2006, was all too happy to come to the passengers' aid. “They asked for a doctor and I was happy to intervene,” the mayor told Ansa.

“Once I had finished I told the captain that next time I should fly for free,” he joked.

The two passengers recovered and the mayor's intervention was some welcome PR following widespread criticism of his decision to participate in the papal visit.

The mayor's critics have accused him of abandoning the city of Rome at a moment when it is in the grip of a high-profile corruption crisis that has led to serious infrastructure problems in the city.

But Marino shrugged off criticism of his decision to leave for the US, stating that he hopes to use the trip – which has been paid for by his hosts in Philidelphia – to secure funding for some of the Eternal City's neglected archaeological sites.