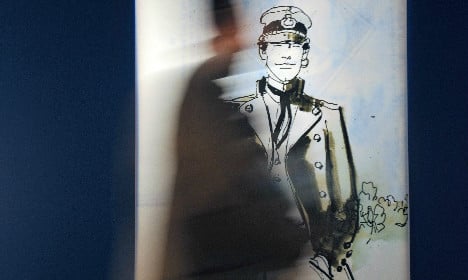 The new book – published later this month – picks up from the end of “The Ballad of the Salt Sea”, the story which launched Hugo Pratt's celebrated series in 1967 with its laconic hero returning from run-ins with pirates in the Pacific during World War I, to hook up again with the American novelist Jack London in the vast wilderness of Alaska.

London was just one of a host of real-life historical characters whom the fictional Corto Maltese encounters in the stories, including the outlaw Butch Cassidy, writers James Joyce, Ernest Hemingway and Joseph Conrad, and the Russian mystic Rapustin. In one story, he is even saved from a firing squad by a phone call to Stalin.

Having crossed paths with some of the early 20th century's most famous figures, Maltese – the son of a Cornish sailor and an Andalusian gypsy – mysteriously disappears during the Spanish Civil War.

So it is fitting that he is being brought back to life by a Spanish duo, artist Ruben Pellejero and writer Juan Diaz Canales, who have turned the clock back to 1915 for “Under the Midnight Sun”.

“We always said that we wanted to be the authors of the story, not just copying Pratt,” said Pellejero. The pair have created a black-and-white as a well as a colour version of the 88-page story, which is published across much of Europe on September 30th.

Another attempt to revive the series — which has inspired films and video games — by the celebrated French graphic novelists Christophe Blain and Joann Sfar came to nothing.

Despite his ever-so-English sounding name, the original author Hugo Pratt was Venetian and every bit the globe-trotter as his erudite, eternally curious hero, building up a cult following in France, Italy and Argentina – where he began his career as an illustrator – as well as in South Korea.

That restless, adventurous spirit is the key to Corto Maltese's appeal, Pellejero said: “He invites you to voyage and dream with him.”

The character's mixed ancestry and psychological complexity is also part of the draw, the authors insist, with his message that tolerance and sympathy are never more needed than in troubled times.

“One or two generations have passed who know the character (of Corto) but who have never read the books,” Madrid-based Canales told AFP. “If our book brings people back to the series that is even better,” he said.

A second new Corto Maltese book is planned for two years' time, with an English version of “Under the Midnight Sun” also due to be published in the US, its French publisher Casterman said. 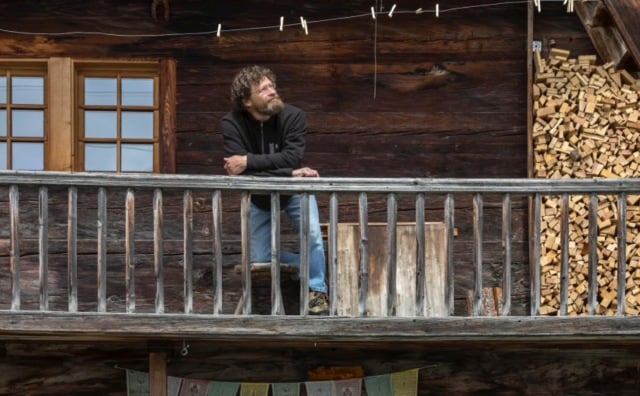 Covering everything from cow suicides to free heroin for addicts and the real story of William Tell, Curtis's book is a humorous yet serious take on a country that often finds itself reduced to a handful of stereotypes.

“I wanted to answer the questions about Switzerland no one would ever think of asking,” the author told The Local, speaking of the inspiration behind the book.

The writer has had plenty of time to dwell on the mysteries of Switzerland. He attended primary school here, visited regularly in the years that followed, and then worked for over 20 years at the independent Ecole d’Humanité school in the canton of Bern, where he taught maths and physics in the morning and climbing and ski touring in the afternoon.

Curtis’s scientific bent is clear in “Why do the Swiss have great sex?”. Some of the most inspired sections delve deep into statistics (How much would it cost to buy Switzerland? Nine trillion Swiss francs, for the bits that are available. Could the whole world sleep in Switzerland? Yes. Although they wouldn’t have space to do much else.).

A lot of the pleasure in the book, though, comes from sheer surprise.

“The most fun sections to write were those where I had an inkling of the answer and then all the facts would fall into place.” he says.

“Then it was like a moment of breathlessness. As my girlfriend said, it's like these questions are trap doors to a whole other Switzerland.”

The section about what happens to Switzerland’s nuclear waste was one of these experiences. With nuclear power responsible for just over a third of the country’s electricity generation, Curtis wanted to know what happened to all that toxic waste.

“As I was looking into this, I learned it was shipped out of the country in huge steel containers and tested by a German government agency called BAM. You couldn't make it up,” Curtis says with delight.

Another section on energy generation also saw the Californian-born author encountering one of the rare obstacles to his research.

Operators at the Grande Dixence hydropower plant in Valais didn’t take kindly to his questions regarding the cleanliness of their power production after he noted they were actually using electricity from potentially dirty sources to pump water back up to their reservoir.

In fact, the book doesn’t shy away from the tough issues, with money-laundering dictators, the high number of foreign prisoners in Switzerland’s jails, and its poor record on homophobia all coming in for analysis.

“My goal was to dig up those outrageous things that startle you,” he explains.

So what still surprises Curtis about Switzerland?

“It’s the combination of conservatism and being completely open. On the one hand you have this unbelievable rigidity about the smallest things and then you have this acceptability of ideas that would be unthinkable in the US like legalized prostitution, free heroin for addicts and assisted suicide.”

And why do the Swiss have such great sex (at least according to a 2013 YouGov survey)?

To answer the question, Curtis takes readers on a historical tour of spa culture, seventeenth century dating rituals in canton Bern and modern-day sex education in Zurich kindergartens, which includes the use of wooden penises and plush vaginas (backed by the Supreme Court no less).

He also dives once more into the world of statistics but concludes with an answer no one can really argue with.

“Nations don’t have sex. People do.”

“Why Do The Swiss Have Such Great Sex: Extraordinary Answers to 66 Improbable Questions about Switzerland” is published by Bergli Books. It can be purchased here.