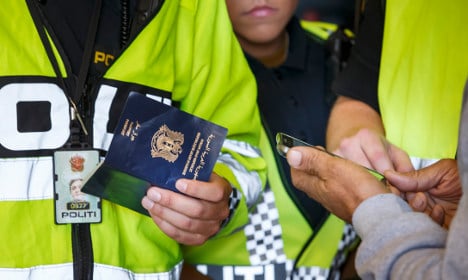 On Tuesday the right-wing Norwegian coalition government called on police authorities to tighten checks in the border areas as the country experiences an unprecedented influx of refugees. The Scandinavian nation shares a 1,630 kilometre border with Sweden.

“In a situation of increasing asylum arrivals, it is important that Norwegian authorities at as early a stage as possible can ascertain the identity and history of those coming to the country. This is partly to prevent illegal immigration and fight transnational crime,” Norway's Justice Minister Anders Anundsen said in a press statement quoted by the NRK broadcaster.

Sweden's western neighbour has come under increasing pressure in the past months to accept more refugees, with the 2,760 applications received over the last three months only adding up to 534 per head of population, compared to 1,467 per head received in Sweden.

But the rising number of asylum claims in Norway shot up by 81 percent between April and June this year, the third steepest increase experienced by any other European country. Sweden's applications rose by 25 percent in the same period, according to Eurostat.

Norway's decision comes less than a week after Sweden's other neighbour, Finland, announced it too was stepping up border controls after an unexpected wave of mostly Iraqi asylum seekers.

It follows moves by other countries, such as Germany, Austria and Slovakia, to introduce checks after saying they could not longer cope with record influx into their territories.

But Sweden, which takes in the second-largest number of asylum seekers in the EU, has insisted it will not follow suit in the near future.

“We are not close to such a situation,” vowed Prime Minister Stefan Löfven at a joint press conference with European Parliament President Martin Schultz last week. Norwegian ministers on Tuesday left it up to police authorities themselves to decide exactly how to strengthen border controls and when to implement the proposed checks.

“It is important to emphasize that this is not about reintroducing systematic individual controls at the border crossing. (…) Nor is it intended to cut the right to seek asylum in Norway for people fleeing,” said Anundsen, who represents Norway's populist Progress Party in a coalition government with Prime Minister Erna Solberg's Conservatives.

The International Organization for Migration has said that more than 430,000 people have crossed the Mediterranean to Europe this year, with 2,748 dying en route or going missing.

Sweden is expected to receive at least 74,000 asylum applications by the end of 2015.