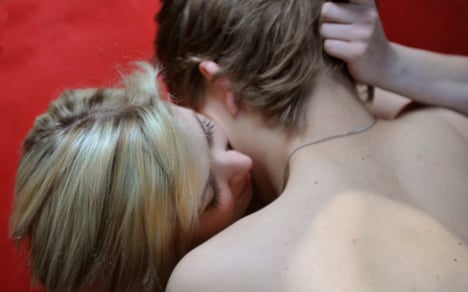 Officers were alerted to an unusual disturbance at a family apartment block on Friday evening, Aachen police said in a press release.

It was still light outside – but this apparently hadn't bothered the amorous couple living on the ground floor.

Police had been inundated with complaints from residents about the couple, after they began having sex at their window in full view of neighbours and passers-by.

What the couple were up to wasn't exactly illegal, one caller admitted – but even so, “the fact that the window was fully open, and a topless woman was hanging out and screaming in ecstasy about the quality of her lover while he gave it his best behind her” was a step too far, he said.

It was appalling for adult neighbours and passers-by, the caller said – but with children walking past on the street outside, the couple's behaviour was simply unacceptable.

This wasn't the first time the pair had brought their sex life into the open, neighbours claimed –earlier that day, they had carried out similar acts, and apparently favoured this spot by the window for their intimate moments.

Neighbours eventually got the attention of the couple, who closed the blinds and took the noise level down a notch.

It was unclear whether the pair had seen sense, or had simply finished what they were doing, police said.

The couple, who have been identified by police, face accusations of disturbing the peace. Investigations are currently underway.