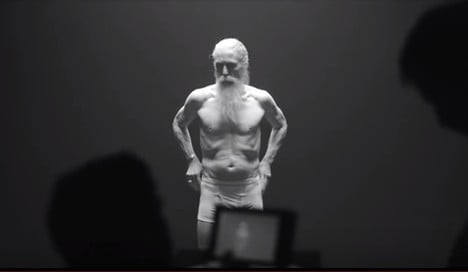 In a video filmed at a shoot for the company's new adverts, the company joins the growing number of firms criticising unrealistic body ideals and stereotypes.

“We are controlled by the media. Whatever the media and a selected few in the media think is good, everyone is supposed to think is good,” one model, who does not conform to conventional standards of male beauty, says in the video.

Dressmann's brand director Jens Bonesmo blamed Calvin Klein, and its 1990s ads featuring the honed physique of models such as Mark Wahlberg, for the way male underpants are advertised.

“What's really interesting is that there's a standard, originally from Calvin Klein, on how to make advertising for underwear. The only differences are the logo on the underwear and which of the famous models is wearing them. But they all have extremely fit, well-defined bodies with six, or eight, packs,” he says in the video.

The new move in advertisement is in line with the new “dad-bod” trend set by Leonardo DiCaprio, who this summer went out sporting a beer belly and love handles.

Trond Blindheim of the Oslo School of Management thinks the new adverts will strike a chord, as Dressman's previous campaigns were disconnected from its typically rather unfashionable, unglamorous customer base.

“It was a bit pathetic before,” he told Norwegian broadcaster TV2. “So far all of the Dressmann models have looked like superman.”

“Right now, I am in a meeting with a lot of people, people who are fat and thin, tall and short. That's reality, and these are the people who use the clothes.”

Bonesmo hopes the new advert will give men more confidence.

“All men are perfect. We think people will drop their shoulders and let their belly out a bit. I hope people react by relaxing a bit more,” he told TV2. 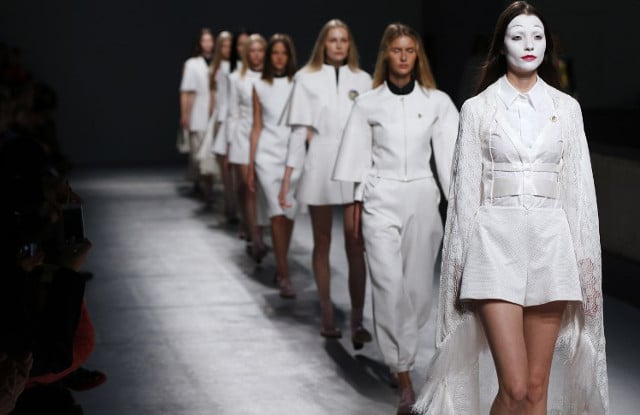 AFP
French holding companies LVMH and Kering, which own dozens of top brands between them, unveiled a charter “to ensure the well-being of models” which will also outlaw the hiring of girls under the age of 16 for adult shoots or events.
In May, a French law requiring models to present a doctor's certificate attesting to their good health was introduced to try to tackle the problem of the industry promoting thinness and unattainable beauty ideals.
READ ALSO: File photo: Francois Guillot
The two French groups said they wanted to go beyond this requirement and would only use female models who were size 34 or over according to the French system, and men sized 44 or over.
Size 32 in France corresponds to XXS, or size 6 in Britain and size 0 in the United States.
“Respecting the dignity of all women has always been both a personal commitment for me and a priority for Kering as a group,” the company's billionaire chairman François-Henri Pinault said in a statement.
“We hope to inspire the entire industry to follow suit, thus making a real difference in the working conditions of fashion models industry-wide,” he added.
Building new standards
As well as the age and size stipulations, the charter includes other measures such as banning the serving of alcohol to models under 18 and ensuring they have a guardian or chaperone present at all times.
“As the leader in the luxury sector, we believe it is our role to be at the forefront of this initiative,” said Antoine Arnault, a board member of LVMH and son of owner Bernard Arnault, in a statement.
“We have the responsibility of building new standards for fashion and we hope to be followed by other players in our sector,” he added.
Speaking to AFP, Arnault explained that some unnamed designers worked with size 32 models.
“That's finished now, the size will be 34 and above, which is already quite small,” he said.
LVMH is a luxury goods behemoth that owns classic French brands Louis Vuitton, Christian Dior and Givenchy as well as other high-end European names including Fendi and Marc Jacobs.
Kering owns Gucci, Bottega Veneta, Alexander McQueen and Saint Laurent among others.
In 2015, Saint Laurent had to withdraw a magazine advertisement in Britain over its use of of an “unhealthily thin model” and earlier this year, it caused outrage with a poster campaign around Paris.
In those pictures, a reclining woman in a fur coat and fishnet tights was pictured opening her legs, while another extremely thin model was photographed in a leotard and roller skate stilettos bending over a stool.
The head of the French advertising authority said they were part of a disturbing trend in fashion promoting “porno-chic” and the label was ordered to remove them.
Url copied to clipboard!