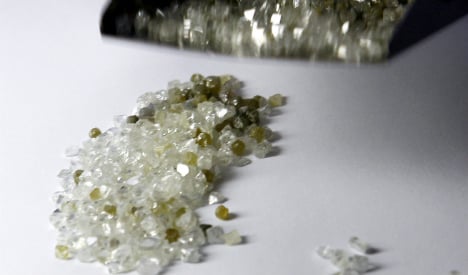 The arrest of 'blood diamond' trafficker was hailed as a landmark. Archive photo: Issouf Sanogo / AFP
Police arrested Michel Desaedeleer, who has US and Belgian citizenship, at Malaga airport on Friday on a European arrest warrant issued by Belgian authorities just as he was about to board a flight to the United States, police said in a statement.
The 64 year-old is suspected of having illegally trafficked diamonds during Sierra Leone's 1991-2002 civil war, which was partly funded by the trade in illicit gems, known as “blood diamonds”, police said in a statement.
“In addition he led the extraction work in the fields, at least in the weeks between December 1999 and January 2000,” police added.
Swiss-based victims' association Civitas Maxima, hailed the arrest as a 'landmark' and said it was the first time an individual had been detained on international charges related to the exploitation of the war in Sierra Leone to market blood diamonds.

#Desaedeleer arrest: first time businessman has been arrested for alleged involvement in the pillaging of #conflictdiamonds and enslavement

The death toll from Sierra Leone's civil war is estimated at 120,000 in a country that now has roughly six million people, making it one of African's deadliest conflicts in recent history.

The government of Sierra Leone has attempted to crack down on cross-border diamond trafficking to persuade foreign investors that blood diamonds are a thing of the past.