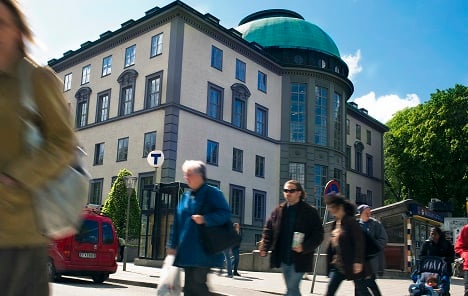 Koen Vanhove and Andrei Postoaca have a lot in common.

Both have international backgrounds but have been living in Sweden for years; both are multilingual with an entrepreneurial itch; and both admit they didn't actually have any idea what they were doing.

However their strongest link may be that they both entered the SSE Executive MBA in 2008.

“I actually applied for the first time in 1998, and they told me I didn't have time for it,” Postoaca recalls with a grin. “They were right.”

Postoaca was born in Romania, but his parents immigrated to Sweden when he was 11 and he grew up in Stockholm. “I started my first business when I was 19, and I've been doing it ever since,” he says.

He studied at Uppsala University for three years, but dropped out to focus on his company.

“I didn't know anything about the industry,” Postoaca says. “Someone asked me if I wanted to do market research and I said yes.”

Meanwhile Vanhove – who hails from Ghent in Belgium’s Flemish region – moved to Stockholm for his Swedish partner in 2006 with years of performing arts management experience.

“Back in the 1980s cultural management education had yet to take off and competition was low, so I easily ended up as a manager,” the 52-year-old explains. “In the country of the blind, the one-eyed man is king.”

Postoaca ran his market research company for ten years in Sweden before temporarily relocating to Romania. Vanhove became manager of an international arts organization with operations in more than 40 countries. But both realized something was missing.

“I started thinking that it wasn't so bad after all to have a degree and understand the logic and theory behind things,” Postoaca admits.

Vanhove, meanwhile, had hit a roadblock.

“After more than 20 years in the arts field, I felt that I had reached my limits and I wasn't growing anymore – neither personally nor professionally.” And for both Vanhove, a Belgian expat living in Stockholm, and Postoaca, a Stockholm-raised entrepreneur living at the time in Romania, the choice was clear:

“The Stockholm School of Economics is the best business school in Sweden,” Postoaca says. “I didn't even look at other schools.”

They both applied for the competitive SSE MBA Executive Format, a rigorous 18-month programme that aims to provide participants with the confidence and skills to understand every aspect of their business and organizations and take on new responsibilities.

“The school has a great reputation,” Postoaca says. “SSE is very business-oriented, has great professors, and is very close to corporate reality and the business world.”

Vanhove says he wanted to challenge himself, go outside his comfort zone, and expand his academic knowledge. The programme seemed like a perfect fit.

“I wanted to question myself and develop. I hoped that the MBA programme would give me new impulses and fresh insights.”

They weren't disappointed. In addition to incredible networking opportunities – the two men met during the programme and are still great friends to this day – the programme gave them the tools to shape their future careers.

Read also: 'If you only do something once, do it 100 percent'

“The programme at SSE provided me with an overall understanding of what a business is all about and of what kind of challenges it can face,” Vanhove says.

Postoaca benefited hugely from the finance modules, and Vanhove focused on innovation – a move which would change his life.“It was like diving into a deep pool and not knowing where I would end up,” Vanhove remarks.

His time at SSE, helped nurture the entrepreneurial seed in his mind for the first time.

“I always felt the urge to start new initiatives or to change things,” he explains. “And when doing the Executive MBA at SSE, the idea to start my own company became more and more concrete.”

In 2010, after finishing the MBA programme, Vanhove started his own arts management company, Key Performance, which specializes in international touring activity.

For veteran entrepreneur Postoaca, the programme taught him to understand his own company and industry on a deeper level.

“Now I understand the complexity of business,” Postoaca says. “Before I just did things. Now I think more – but it’s also given me the guts to believe anything is possible.”

All of the students in the programme are working professionals with at least five years of relevant work experience, and the exchange of real-life experience and knowledge is invaluable.

“Everyone had a business or public sector background and had clear examples and real facts,” he says. “I had no logic or theory behind my work, but I could very clearly connect my experiences to what we were studying.”

Postoaca has worked in Sweden, Romania, France, Canada, the US, and the UK, and Vanhove works with artists travelling and performing all around the world. They agree that the programme, while rooted in Sweden's innovative and stable society, is very international.

You learn how to have a global company, no matter where you are,” he says. ”The MBA gives you the tools to create your own little microsystem in any country, with your own values and organization structure.”

While the performing arts may not seem like a natural pairing with a business degree, the programme gave him precisely the tools to create the perfect business.

“I learned how to create an ideal framework for the management structure while leaving artistic freedom untouched,” he said. “I discovered that it is possible to have an interface between management theory and the creative world.”

And above all, it turned that seed of thought, the entrepreneurial itch, into something real – something life-changing for them both.

“All this contributed to my self-confidence and helped transform a latent entrepreneurial drive into real action,” he says.

Want to turn your drive into action? Learn more about the Executive MBA at SSE

This article was produced by The Local in partnership with the Stockholm School of Economics.

The strike led by the Snuipp-FSU union, the largest among primary school teachers, comes after the latest of several changes on testing and isolation requirements for potential Covid cases announced by Prime Minister Jean Castex late Monday.

After seeing long lines of parents outside pharmacies and labs in recent days to test children in classes where a case was detected, Castex said home tests could now be used to determine if a student could return to school.

But teachers say class disruptions have become unmanageable with the spread of the highly contagious Omicron coronavirus variant.

“Students cannot learn properly because attendance varies wildly, and a hybrid of in-house and distance learning is impossible to put in place,” the Snuipp-FSU said, adding that absent teachers are not being replaced.

It is also demanding the government provide facemasks for staff, including the more protective FFP2 masks, and CO2 monitors to check if classrooms are sufficiently ventilated.

“Not only does the current protocol not protect students, staff or their families, it has completely disorganised schools,” the union said, claiming that classes have effectively been turned into “daycare centres.”

Education Minister Jean-Michel Blanquer has said the government is doing everything possible to avoid outright school closures that could cause havoc for parents and jeopardise learning for thousands, especially those in low-income families.

“I know there is a lot of fatigue, of anxiety… but you don’t go on strike against a virus,” Blanquer told BFM television on Tuesday.

As of Monday some 10,000 classes had been shut nationwide because of Covid cases, representing around two percent of all primary school classes, Blanquer said.