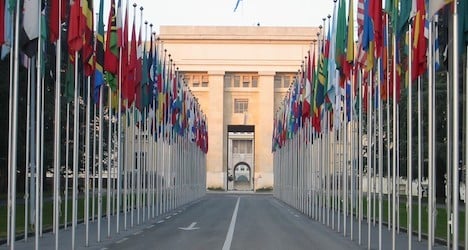 At the time he questioned how the dozens of interns who take six-month unpaid positions at the UN could do it.

“Finally only those with parents who can pay have a chance,” he said.

Writing on the Intercept website on Thursday, the 22-year-old admitted that his motivation for camping wasn’t just about his own – entirely real – lack of funds but about the “powerful imagery” such a move would provide.

Speaking of the “hypocrisy” of a human rights organization such as the UN offering unpaid internships, Hyde said that he and his girlfriend decided they wanted to raise awareness of the issue.

Choosing to live in a tent during his internship would “hit two birds with one stone,” he wrote.

“It was an affordable way to live in Geneva with my limited funds — and the fact that a UN intern was living in a tent could help to raise awareness on the issue.”

After receiving worldwide publicity and messages of support, Hyde resigned from his internship on Wednesday, saying it would be “too difficult to continue to focus on my work as an intern at this stage”.

He insisted that the UN had not asked him to leave or pressured him in any way.

“In no way was my goal to arouse pity and to obtain lodgings,” he had told the Tribune de Genève on Tuesday.

“I hope simply that my story can contribute to changing things for the situation of interns.”

Writing in The Intercept on Thursday, Hyde admitted that he arranged the original leak to the newspaper.

“The intention was to spark a small discussion in Geneva on intern rights and get the media reporting on the issue. However, the response was more than I could have ever planned for or expected.”

Commenting on the “outstanding support” he received from well-wishers, Hyde said he was pleased to see the media shift their focus from him on to the wider issue of intern rights.

The UN and its agencies in Geneva employ 162 interns annually, with each agency determining its own policy as to whether they are paid or not, Ahmad Fawzi, director of the UN information service told the Tribune de Genève.

Making matters more difficult for interns who do not have financial backing, is a clause that bans them from working for the UN in the six months following their internships.

The Geneva Interns Association has been lobbying for the UN and related Geneva-based international organizations — including the International Labour Organization — to change its ways.

“I'm still proud that he's willing to put his career opportunities to one side to highlight an issue which seems to have been going on a long time, but no one's been paying attention,” she told Fairfax Media. 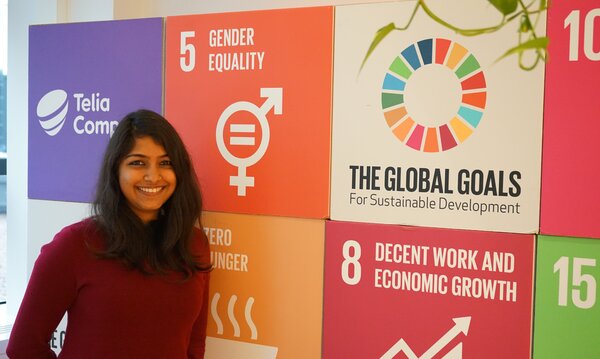 PARTNER CONTENT
How international residents in Sweden can take ‘a giant leap’ to finding a job
Url copied to clipboard!