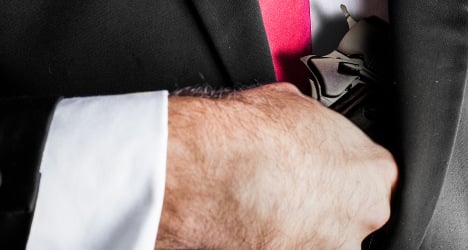 The prison sentences are the final chapter in a sorry saga for the couple who fell in love while they were both working for the same Madrid undertaker, Spanish newspaper ABC reports.

In 2008, Ana Belén E.G began an affair with Jesús M.P., the son-in-law of the owner of the funeral home.

Both were unhappily married and together hatched a plan they hoped would bring an end to their romantic and financial difficulties.

That scheme saw them hiring a hitman to murder both the husband of Ana Belén and the owner of the funeral business.

However, things went awry when the assassin they brought in for the job went to the police and confessed before carrying out the two executions.

Ana Belén E.G was on Thursday sentenced to ten years by Madrid’ Provincial Court for two counts of soliciting a hitman while her partner in crime was handed a six-year jail term on one count of the same crime.