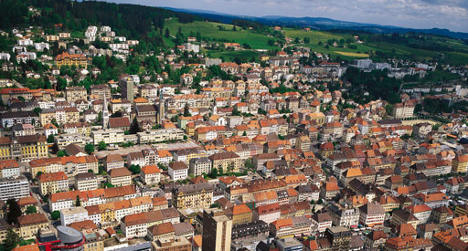 “It's pretty intense,” Bernard Vaucher, spokesperson for the city of just over 10,000 people told Le Temps newspaper on Saturday.

“People here aren't talking about much else,” he said of the infection which has symptoms ranging from stomach cramps to diarrhoea and vomiting.

“A large proportion of people are affected,” he added.

The causes of the infection are unknown but authorities are warning people to steer clear of tap water.

Samples of the town's water supply have been taken but results were not yet in on early Saturday afternoon.

The neighbouring town of La Chaux-de-Fonds is in no danger, experts say, as is it fed by a different water source.

Le Locle is one of the centres of Swiss watchmaking and is home to brands including Tissot and Zodiac. Together with its twin town of La Chaux-de-Fonds, Le Locle has been recognized as a Unesco World Heritage site

“The site presents outstanding examples of mono-industrial manufacturing-towns which are well preserved and still active,” according to Unesco.

In the nineteenth century, the area was also a hotbed of anarchism with the Jura Federation key in the ideology's development.