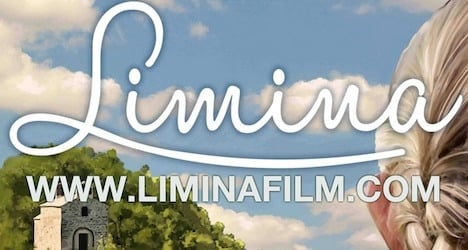 The short film entitled Limina will be filmed in the canton of Ticino in September after the production company raised sufficient funds partly through crowdfunding platform indiegogo.

The filmmakers describe Limina as being about a ‘gender-fluid’ child with a deep curiosity about the lives of the inhabitants of a small picturesque town.

The Ticino municipality of Lavertezzo has been chosen to represent the fictional town.

The open casting is taking place with the support of the Ticino Film Commission. The production company issued the call via Twitter.

Actors are required for a number of roles, including that of main character Alessandra, a child aged eight or nine.

Those interested are asked to send a digital copy of a headshot to [email protected] by July 16th.

Based in Vancouver, the award-winning independent filmmakers operate under the Turbid Lake Pictures banner.

Their last short film project, Whispers of Life, screened around the world, winning a number of awards and being nominated for the Directors Guild of Canada Best Short Film 2014 award.

Halbedl, who grew up in Switzerland, told The Local that he used to visit Ticino as a child and had fond memories of that part of Switzerland.

He and Ferguson had wanted to bring their art to Switzerland and knew this was the right place to make the film.

The cinema group Lost in Frenchlation runs regular screenings of French films in the capital, with English subtitles to help non-native speakers follow the action. The club kicks off every screening with drinks at the cinema’s bar one hour before the movie, so it’s also a fun way to meet people if you’re new to Paris.

These are the events they have coming up in November.

Boîte Noire – What happened on board the Dubai-Paris flight before it crashed in the Alps? In this thriller Matthieu, a young and talented black box analyst played by Pierre Niney (star of Yves Saint-Laurent among other movies) is determined to solve the reason behind this deadly crash, no matter the costs.

The screening will take place at the Club de l’étoile cinema at 8pm. But you can arrive early for drinks at the bar from 7pm.

Tickets are €10 full price, €8 for students and all other concessions, and can be reserved here.

Tralala – In the mood for music? This new delightful French musical brings you into the life of Tralala (played by Mathieu Amalric), a 48 years old, homeless and worn-out street singer, who one day gets mistaken for someone else. Tralala sees an opportunity to get a better life by taking on a new personality. He now has a brother, nephews, ex-girlfriends, and maybe even a daughter. But where is the lie? Where is the truth? And who is he, deep down?

The night will start with drinks from 6pm followed by the screening at 7pm at the Luminor Hôtel de Ville cinema. There is also a two-hour cinema-themed walk where you’ll be taken on a “musicals movie tour” in the heart of Paris, which begins at 4pm.

Tickets cost €10, or €8 for students and concessions, and can be found here. Tickets for the walking tour cost €20 and must be reserved online here.

Illusions Perdues – Based on the great novel series by Honoré de Balzac between 1837 and 1843, this historical drama captures the writer Lucien’s life and dilemmas who dreams about a great career of writing and moves to the city to get a job at a newspaper. As a young poet entering the field of journalism, he is constantly challenged by his desire to write dramatic and eye-catching stories for the press. But are they all true?

The evening will kick off with drinks at L’Entrepôt cinema bar at 7pm, followed by the movie screening at 8pm. Tickets are available online here, and cost €8.50 full price; €7 for students and all other concessions.

Eiffel – Having just finished working on the Statue of Liberty, Gustave Eiffel (played by Romain Duris) is tasked with creating a spectacular monument for the 1889 Universal Exposition in Paris. It’s ultimately his love story with Adrienne Bourgès (Emma Mackey) that will inspire him to come up with the idea for the Eiffel Tower.

After a first screening last month, Lost in Frenchlation is organising a new one at the Luminor Hôtel de Ville cinema, with pre-screening drinks at the cinema bar.

Les Héroïques – Michel is a former junkie and overgrown child who only dreams of motorbikes and of hanging out with his 17-year-old son Léo and his friends. But at 50 years old, he now has to handle the baby he just had with his ex, and try not to make the same mistakes he has done in the past.

The film will be followed by a Q&A with the director Maxime Roy who will discuss his very first feature.

Full details of Lost in Frenchlation’s events can be found on their website or Facebook page. In France, a health pass is required in order to go to the cinema.