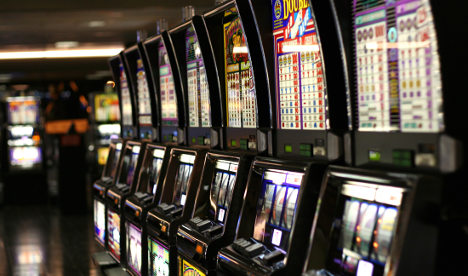 A photo of a row of slot machines. Photo: Yamaguchi先生 / Wikimedia Commons.

The man has been hiding since the shooting in the Santa Coloma de Gramenet arcade near Barcelona on July 1st, according to news agency EFE.

Witnesses reported that the man had spent one or two days at the arcade and had lost great quantities of money playing slot machines, according to Europa Press.

The man reportedly went to the arcade on July 1st and complained about the money he had lost when he suddenly pulled out a gun and shot the manager in the head.

Surveillance camera footage shows that the mad then attempted to commit suicide, but when he didn’t succeed he aimed the gun at customers and workers who ran away before he fled the scene, leaving the gun behind.

The wounded manager was taken to the Hospital Vall d'Hebron in Barcelona where he remains in stable but serious condition, according to Europa Press.

The shooter was arrested and taken to court on Wednesday.

Paris Saint-Germain player Marco Verratti was staying at Ronaldo’s house in Ibiza but was not home when the burglars struck on Monday, making off with jewellery and money.

Two people were arrested in the port of Denia in eastern Spain and four others were held in the southern city of Malaga, these sources told AFP without further details.

According to the Spanish press, four of the six arrested are Albanian, the other two being a Spaniard and a Romanian, making up an organised gang specialising in burglary.

Press reports also claim that the Spanish police recovered a large part of the loot, estimated at around €3 million.