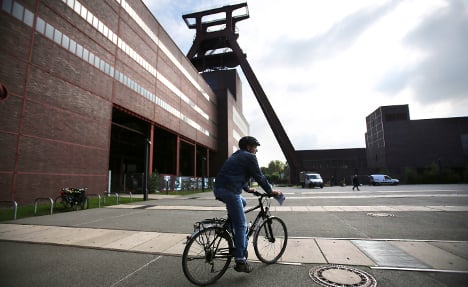 Essen, which is in the industrial Ruhr area in north-western Germany, was singled out for its exemplary practices in protecting and enhancing nature and biodiversity and efforts to reduce water consumption.

The city participates in a variety of networks and initiatives to reduce greenhouse gas emissions and to improve the city’s resilience in the face of climate change.

With a population of around 570,000 people, it is Germany's ninth-largest city.

Until the 1970s it was one the country's most important centres for coal and steel production, so recognition for its environmental credentials is a real achievement.

Mayor of Essen Reinhard Paß, told the audience at the Bristol award ceremony that it was “recognition of the hard work of all Esseners.

“Thanks to them we were able to achieve the structural changes needed for success.”

“Essen has used the lessons from its industrial past to build an environmentally sound future,” Karmenu Vella, European Commissioner for Environment, Maritime Affairs and Fisheries, said while presenting the award.

“Essen has used the lessons from its industrial past to build an environmentally sound future. They have applied the principle of working with nature and reaped spectacular results.”

“We have a great deal to learn from Essen’s green infrastructure and indeed from its ambitious plans for the future,” he continued.

Essen’s objective to prevent rainwater entering the combined sewer network in at least 15% of the area served by sewers especially impressed the jury.

With nearly ten percent of green coverage, Essen is one the cities with the most green spaces in Germany, behind Hannover and Magdeburg.

Twelve cities applied to become European Green Capital 2017. Each entry was assessed by an international panel of 12 experts and four cities were shortlisted – Essen, ‘s-Hertogenbosch, Nijmegen and Umeå.

The award is given to a European city with a record of achieving high environmental standards, which is committed to ambitious environmental goals and further progress towards sustainable development and can act as a role model to inspire other cities.