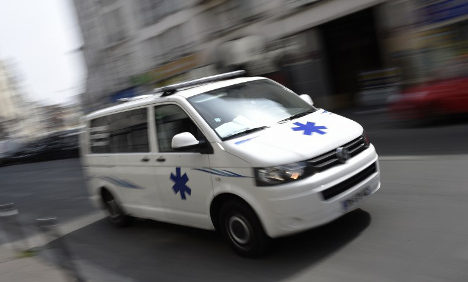 Authorities found the couple at their home in the 16th arrondissement of Paris. Photo: AFP
Charles Lüthi, the General Director of the influential Automobile Club de France, was found dead on the street outside his home in the upmarket 16th arrondissement in western Paris.
Eight floors above, through the open window from which Lüthi fell, his wife lay dead on the floor – the victim of a violent stabbing.
A witness told police on Sunday afternoon that they saw the 57-year-old Lüthi falling from the apartment.
Details remain unclear, but Paris police have launched an investigation into a possible murder case, and what the French media has labeled a “crime of passion”.
The French Automobile Club is one of the most exclusive members-only men's clubs in France – boasting among its 2,200 members some of the most influential and powerful men in France.
The club's official home page relayed a message in honour of the deceased Frenchman on Monday, noting that members were “very sorry to hear of the great misfortune” of Lüthi, adding that his death came amid “tragic personal circumstances”.
The club, which has been around since 1895, has its headquarters on the spectacular Place de la Concorde in the eighth arrondissement, where members enjoy access to a swimming pool, a billiards table, a library, a theatre, as well as access to many other activities.
It is behind the launch of the car races 24 Hours of Le Mans and the French Grand Prix.