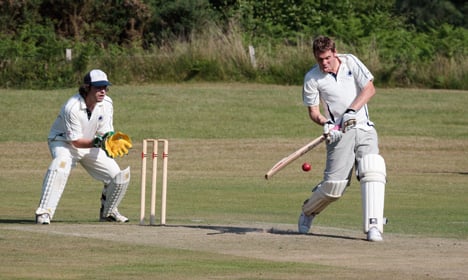 On Saturday, the committee that governs sport in Sweden accepted the Swedish Cricket Federation into its ranks, 25 years after the sport arrived in the country, brought over by a few expats.

Today, there are some 2,600 cricket players in Sweden who play for 40 clubs.

“The growth has been phenomenal. When I moved here there were only 13 or 14 clubs who played in the league,” Shahzeb Choudry, the federation’s chairman, told Swedish Radio News. “I think that it’s one of the fastest growing sports in the country.”

Given its popularity in the Commonwealth, many of the players in Sweden come from India, Pakistan and Sri Lanka. Choudry says the sport is not only fun, but also a good tool for integration.

“In the club I play for we have players from different backgrounds and different cultures playing together,” he said. “For example, we have people playing who are from Afghanistan. They can learn the sport and at the same time have more interaction with Swedes, so they learn the language.”

The acceptance into the Sports Confederation means the cricket group will get funding and can promote the sport further.

“Economically it’s very good for us, but most important is the recognition that we’ll now get,” he said.

A few other sports associations that had applied for membership in the sports governing body, such as crossbow shooting, bridge, and cheerleading, didn’t make the cut.

Now members of the cricket federation will vote on formally joining the Swedish sports fraternity and start work on expanding knowledge about the sport that can often seem impenetrable to outsiders.

The federation does offer training courses to familiarize more Swedes with cricket’s somewhat arcane terminology, including the biffer, the cart-wheeling stump and, of course, the dibbly dobbly.