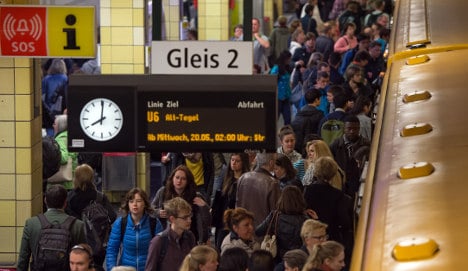 Former federal labour court judge Klaus Bepler is believed to be the preferred choice of both sides, and sat in on a final meeting on Tuesday which failed to stop the strike going ahead.

German Trade Union Confederation president Reiner Hoffmann told broadcaster NDR2 that he believed the two sides were close to an agreement, and might reach one in the coming days.

But train drivers' union GDL leader Claus Weselsky would only say he was conducting “background” talks with DB and didn't expect the two sides to reach an agreement “overnight”.

“[The talks] are confidential, and there's nothing more to say about them at the moment,” he told broadcaster n-tv.

A DB spokeswoman also refused to be drawn on the secret talks in Frankfurt.

Klaus Dauderstädt, head of the Civil Service Federation, one of Germany's biggest union federations, said that he is “counting on” the two sides “finally laying the groundwork for mediation” with Bepler.

Meanwhile, the rival Rail and Transport Union (EVG) is expected to reach its own contract deal with DB on Thursday – but has warned that it won't accept different categories of workers being treated differently, and might go on strike itself.