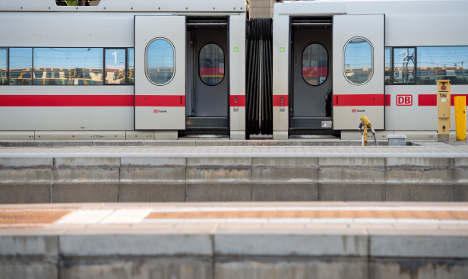 Deutsche Bahn (DB) confirmed that the strike had gone ahead as planned.

“It has begun,” a company spokesperson said.

The strike had already begun on freight traffic on Tuesday afternoon.

Train drivers' union GDL has not announced an end date for the strike, saying only that it would announce it 48 hours in advance.

The current strike is the ninth since September 2014 in an ongoing dispute over pay. GDL's hardball tactics are also seen by some as an attempted power grab against the larger rail and transport union (EVG).

The newest round of strikes now looks set to unleash travel misery on million of Germans as they prepare to go on holiday for the Pentecostal weekend.

Motorways are likely to bear the brunt of the disturbance, while bus companies can also expect to be overstrained.

Two thirds of long distance trains will be cancelled and 40 to 85 percent of regional trains depending on the state, with eastern Germany set to be worst affected.

S-Bahn services are also hit, meaning commuters in urban areas will have to make alternative arrangements or leave home well in advance of schedule.

GDL boss Claus Weselsky said that if the two sides cannot make any progress in negotiations then the strikes could last “somewhat longer” than a strike at the start of May which hit public rail for 7 days.

The two parties met in Frankfurt on Tuesday to sound one another out on the parameters of a potential agreement.

Both sides agreed to have labour law expert Klaus Bepler attend the meetings as an independent arbitrator – a small step forward from the last round of talks, when Weselsky rejected a similar suggestion from DB as a “publicity stunt.”

Industry federations are warning about the impact the strikes are having on their business models.

Gunnar Gburek of logistics federation BME said “the announcement of an open-ended strike is total poison for companies' crisis management.”

“The extremely short time period between the calling of a strike and its implementation allows neither purchasers nor transporters enough time to find appropriate alternatives,” he said.

The chemical industry, one of the most important rail customers, is already re-thinking its logistics strategy.