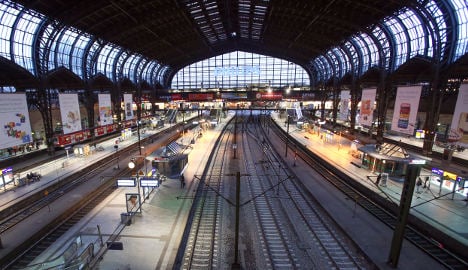 Train strikes have now become so regular in Germany that commuters and travellers will know the emergency schedule before it's even released by Deutsche Bahn (DB): around a third of long-distance services running, and a patchwork picture on regional and S-Bahn lines.

Inevitably, the worst service is in the eastern states, where train drivers' union GDL is strongest.

The latest strike by the few thousand members – over yet another public holiday, with no end date announced in advance and with the usual imperviousness to attempts at negotiation – feels like a desperate last roll of the dice by union boss Claus Weselsky.

DB has shown itself unwilling to bend to Weselsky's demands through a previous week-long strike.

That's partly because that would automatically trigger matching claims from the much larger rail and transport union (EVG) for their members' conditions to match GDL's.

But it may also be because the state-owned giant knows that Weselsky is quickly wearing through the patience of the public and of business, with the economy losing up to €100 million during the previous industrial action.

The strike has hardened resolve in parliament to limit workers' rights with a new “single contract law”, which will see only the union with the most members in a given business able to negotiate with management or call workers out on strike.

Weselsky's strike is not really aimed at getting fewer working hours or more pay, but at grabbing for the right to represent as many DB employees as possible before the law comes into effect.

While there's no doubt that the law threatens GDL's very survival as a political force, and that the union must somehow fight for its own right to exist, it's victimizing millions of others in the process and poisoning the well of public support for the union movement altogether with its repeated strikes.

There aren't nearly so many voices raised against postal workers or kindergarten teachers – both recently out on strike – as there have been against the train drivers, because they're simply not as pivotal to the economy or to everyday life.

GDL is an unusually powerful union, able to affect millions despite its relatively small size. With that great power comes great responsibility not to abuse it, because it can ultimately be stripped away.

The single contract law will pass the Bundestag on Friday, voted through by MPs with hearts hardened against the union movement by months of GDL-DB-EVG deadlock.

Many have attacked that law as unconstitutional, and judges in Karlsruhe may overturn it very quickly after it's passed.

But pro-business voices are already calling on the government to take further measures, such as ruling strikes among certain professions illegal or requiring much larger majorities in strike ballots.

By abusing their power, GDL may be endangering all workers' right to take industrial action in future while doing nothing to further their own cause.

More than any number of millions of damage to the economy or hours of frustration for commuters, that would be a truly miserable outcome for the battle. Tom Barfield is editor of The Local Germany and spends a lot of time staring at maps. Hassle him on Twitter (or just say hello).