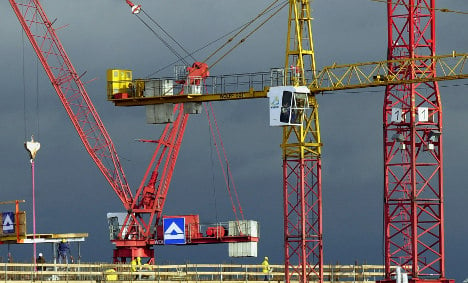 Gross domestic product (GDP) expanded by 0.3 percent in price, calendar and seasonally adjusted terms in the period from January to March compared with the preceding three months, Destatis said in a statement.

Analysts had been pencilling in first-quarter growth of 0.5 percent after GDP expanded by 0.7 percent in the fourth quarter of 2014.

“The German economy continued on its growth path, but at a slightly slower momentum” in the first quarter, Destatis said.

The main growth driver was domestic demand, with both private households and the public sector increasing spending.

On a 12-month comparison, GDP grew by 1.1 percent in the January-March period compared with the same three months a year earlier, Destatis said.

The statistics office said it would publish a more detail breakdown of the different GDP components on May 22.

The previous month, the consumer price index had risen by 0.3 percent on a 12-month basis, Destatis said.

The final data represent a fractional upward revision from the 0.4 percent originally reported at the end of April.

Using the Harmonised Index of Consumer Prices (HICP) — the yardstick used by the European Central Bank — inflation in Germany rose by 0.3 percent percent year-on-year in April, still way under the ECB's annual inflation target of just below two percent.

The data nevertheless appear to confirm that the ECB's monetary policy measures are slowly beginning to push up inflation.

In March, the ECB embarked on a massive trillion euro bond purchase programme to ward off deflation and end stagnation in the eurozone economy.