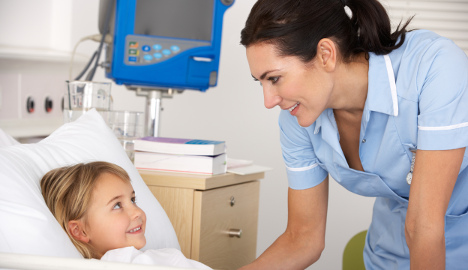 A photo of a nurse tending a patient:Shutterstock

Navarra, in northern Spain, is the only one of the country’s regions to meet the EU average number of nurses, according to a new report by Spain’s General Council for Nurses.

The figures will be particularly galling when considered against the number of trained nurses who leave Spain each year to join the NHS.

UK hospitals recruited almost 6,000 overseas nurses last year, a four-fold increase on the previous year with the largest number of recurits coming from Spain, Portugal, the Phillipines and Italy.

Regular recruitment fairs are held in cities across Spain with human resource managers reporting that they are hiring 50 nurses at a time.

Spain’s medical community has said that the country needs 141,783 more nurses to reach the EU average.

The report also revealed that the number of nurses varies considerably from region to region in Spain.

While Navarra was the only region to reach the EU average at the other end of the scale, Andalusia has only 379 nurses per 100,000. The region needs 36,286 more nurses to meet the European average.

One reason for Spain’s lack of nurses could be the fact that thousands have moved abroad for work since 2008, when the country was plunged into recession and unemployment figures skyrocketed.

The UK's Nursing and Midwifery Council told The Local that there are currently more than 5000 SPanish trained nurses on their register.

"As we’re the regulator of all nurses and midwives in the UK, we hold data on our register but not on the numbers of nurses working in the NHS.

There are currently 5789 nurses and midwives on the register who trained in Spain."

The country has experienced a brain-drain throughout the economic crisis, with many professionals, among them doctors, nurses, teachers and scientists, moving abroad in search of work.