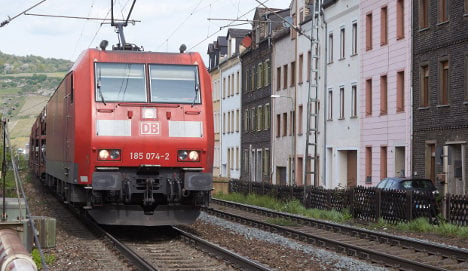 "From outside, the labour dispute at Deutsche Bahn is becoming increasingly difficult to understand," said Economy Minister Sigmar Gabriel, complaining that the week-long stoppage would "badly hurt commuters and passengers, as well as Deutsche Bahn and the German economy as a whole," Europe's largest.

The drivers' union GDL has been locked in a bitter dispute with Deutsche Bahn management primarily focused on the employees it wants to represent, but also on wages and working hours.

The latest walkout is scheduled to begin at 3:00 pm starting with cargo services, and "will be the longest ever in Deutsche Bahn's history," said GDL's combative leader, Claus Weselsky.

Passenger services will be hit from 2:00 am on Tuesday and the strike is scheduled to last until 9:00 am on Sunday.

Deutsche Bahn, which employs a workforce of 300,000, including 196,000 in Germany, and transports around 5.5 million passengers and 607,000 tonnes of cargo in Germany every day, denounced the strike as "completely excessive and disproportionate."

Both sides are digging their heels in, and GDL refused management's proposal last week to send the dispute to arbitration.

Deutsche Bahn published a contingency timetable, initially for Tuesday and Wednesday, promising that one third of long-distance trains and between 15 and 60 percent of regional services would operate as normal.

German businesses and industry were also up in arms.

"A week-long strike will cost (the economy) several hundred million euros," said Dieter Schweer, head of the BDI industry federation.
Sectors such as the steel, chemicals and automotive industries would be hit, he argued.

The DIHK association of chambers of commerce estimated the total economic cost of the walkout could be €500 million, or 0.1 percent of gross domestic product, according to UniCredit analyst Andreas Rees.

Germany has faced a series of industrial disputes in recent months, notably repeated strikes by pilots of its flag carrier, Lufthansa, who have locked horns with management over early retirement provisions.

But the pilots have put their dispute on ice since the devastating crash of a jet belonging to Lufthansa's low-cost subsidiary Germanwings at the end of March.

Wage negotiations at the postal and logistics giant Deutsche Post have also produced walkouts and stoppages. And the services sector union Verdi is currently balloting its members over a possible unlimited strike by workers at kindergartens and creches.

For a country such as Germany, where labour relations have historically been seen as relatively peaceful, the list of recent disputes could give the impression that the climate is becoming more confrontational.

"But it's nothing unusual when strikes multiply," said the economic think-tank IW in a recent study, noting that wage negotiations were scheduled for all important sectors this year.

And since around 90 percent of the stoppages affected the services sector, more people are feeling the consequences and effects more directly than in the past, IW said.