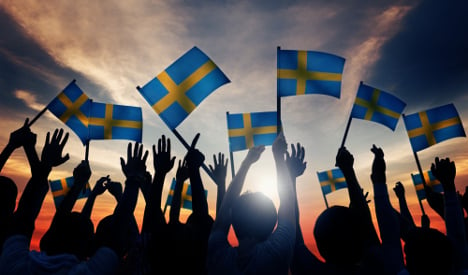 Sweden is hot right now, according to a new survey of The Local's US-based readers.

When asked to agree or disagree with the statement “I can trust Swedish companies”, two-thirds of the respondents agreed, while only 6 percent disagreed.

“I am very pleased that Swedish companies have a good reputation in one of Sweden’s most important export countries,” Mikael Damberg, Sweden’s Minister for Enterprise and Innovation, told The Local after seeing the results.

“And not least that two-thirds of Americans believe they can trust Swedish companies.”

The survey’s findings came as no surprise to US Ambassador Mark Brzezinski.

“It shows that in many ways Americans and Swedes are kindred spirits,” he told The Local.

The results can be seen as even more remarkable in light of evidence suggesting that Americans aren’t in the habit of trusting business. Indeed, reports over the past few years have shown that fewer than one in five Americans trust business leaders, and trust in major corporations declined last year.

On the other hand, Sweden’s top placement in the 2015 Edelman Trust Barometer, which measures trust in companies headquartered in a country, begs the question: why are Swedes so trustworthy? Sweden is the company with the 'most trusted' company headquarters. Photo: Edelman

“The trust aspect is very interesting,” Peter Dahlen, Managing Director of AmCham Sweden, a Stockholm-based organization representing American business interests in Sweden, told The Local. “It’s great for Swedish companies who want to do business in the US.”

And according to The Local’s survey, trust isn’t the only advantage for Swedish companies in the eyes of Americans. An impressive 85 percent of respondents agreed that “Swedish products are well-designed”, and the legacy goes far beyond Ikea and H&M.

“It may have to do with Sweden’s reputation for safe, well-made, and well-designed products,” Dahlen added.

And with 84 percent of those surveyed agreeing that Sweden takes sustainability and the environment seriously, while only 4 percent disagreed, Sweden’s reputation for sustainability may also play a role in consumer trust.

Indeed, the US government has long recognized Sweden’s commitment to sustainability through initiatives such as the Swedish American Green Alliance. And President Obama put cleantech in focus during his visit to the Royal Institute of Technology (KTH) in 2013.

“When you look at a product and see ‘Made in Sweden’, it’s an easy choice,” Dahlen explained. “If it’s made in Sweden you know it’s well-designed, it has good ingredients, and it’s safe for your kids.”

Representatives from the Swedish-American Chamber of Commerce (SACC), a network of organizations representing the interests of Swedish businesses in the United States, echoed the sentiment.

“In the US, Sweden is generally recognized as a highly innovative and modern country and a front-runner in areas such as technology, sustainability and entrepreneurship,” Helena Kristersson, head of SACC San Francisco/Silicon Valley, told The Local.

“And Swedes are known to be qualified, hardworking, multilingual, and champions of non-hierarchical company structures, making them easy to do business with.”

The survey also showed that respondents were ready to put their money where their mouths are, investing in Swedish products.

Nearly half (49 percent) of readers agreed they would “prefer to buy Swedish, if given the choice”. Thirty-seven percent were unsure; and only 14 percent disagreed.

While the largest portion of readers would still buy Swedish, the numbers were relatively low given the positive results of the other questions.

Ikea notwithstanding, the Chamber suspected that the largest hurdle keeping Americans from “buying Swedish” may be high cost.

Cost may also be holding back American perceptions of Swedish food, despite its growing popularity.

The fastest growing coffee chain in New York is Fika, a Swedish café, and Swedish chef Marcus Samuelsson has put Sweden on the culinary map.

“Before Marcus it was just Swedish meatballs and smorgasbord,” Dahlen remarked. “But he has reinvented the game. Now everyone who goes to New York has to stop at Red Rooster.” Still, Swedish cuisine is still “flying under the radar” enough to make it unique, he added – and a possible next stop for “foodies who have already done Italy and France”.

But when The Local asked if Sweden “is a great place for ‘foodies’”, 40 percent of US readers agreed, 41 percent were unsure, and 19 percent disagreed.

“Food in Sweden is rather expensive, so it’s possible a lot of people don’t get to experience that level of food, but opt for something cheaper like a burger from [Swedish fast food chain] Max,” Dahlen added.

But above all, Sweden has much to be proud of and should not hesitate to promote itself, he added. In order to raise their profile, Swedish companies could try to be a little less humble.

“There are so many iconic American things, like Greyhound bus lines and the Coca Cola bottle, which are actually created and designed by Swedes,” Dahlen noted.

In other areas, The Local’s survey revealed that 69 percent of US-based readers view Sweden as an innovative country, 69 percent agree Sweden is a force for good in the world, and 60 percent agreed that “gender equality gives Sweden a comparative advantage” – all of which most likely factored into the desire of 90 percent of readers who are favourable to taking a holiday in Sweden.

“The results confirm what I already expected,” Ambassador Brzezinski added.  “Americans and Swedes share a deep commitment to the environment, gender equality and working to promote justice and human rights around the world.” What do Americans think of Sweden? Click to enlarge.