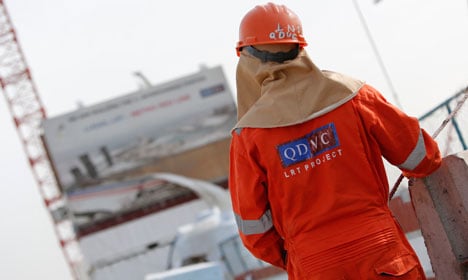 Vinci and its QDVC subsidiary are facing a suit alleging forced labour in Qatar. Photo: AFP

The investigation, which began about a fortnight ago, aims to verify allegations — denied by the French construction group — that have been made by the non-governmental group Sherpa, prosecutor Catherine Denis told AFP.

A wider probe involving investigations in Qatar could be subsequently opened if found warranted, she added.

Sherpa has filed a claim in a French court against Vinci and its Qatari subsidiary QDVC for "forced labour", "servitude" and "concealment".

Vinci has denied all the allegations, and has filed a defamation claim in Paris against Sherpa.

"The on-site investigations found the use by these companies of various threats to force vulnerable people into scandalous working and living conditions for a paltry salary," the NGO had said.

The NGO claimed that "passports were confiscated by the company and workers were threatened if they claimed their right to better working conditions or housing, if they wished to resign or change employer".

Qatar pledged last year to improve workplace safety, housing, and pay and conditions for its huge expatriate workforce after world football governing body FIFA came under huge pressure from rights groups to review its decision to award the emirate the 2022 World Cup.