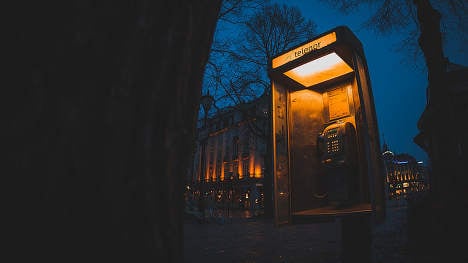 Prostitutes are a common site on Karl Johans Gate at night. Photo: Claudia Regina/Flickr
"They look at Norway as a risk-free and profitable market, because there is a lot of money in circulation, high demand from men who want to buy sex and no risk of getting caught.” Mildrid Mikkelsen, the head of ROSA, told Norwegian broadcaster NRK.
Only 36 cases of human trafficking for prostitution were reported in Norway last year, and of those cases, only two led to a trial.
”They [the police] have been working with such limited resources that it has been virtually risk-free for organized crime in Norway," she added. "We know of specific cases with evidence that have been dropped. It is simply an untenable situation.”
Harald Bøhler, head of the organized crime unit within Oslo's police, defended the police's record, arguing that cases of human trafficking and prostitution were notoriously difficult to bring to prosecution.
”The crime is often reported some time after the offence has occurred," he told NRK. "Witnesses and others involved don’t stay here in the country, making investigations difficult."
According to Rosa, victims of human trafficking often view reporting the crime to the police as futile, given the proportion of reported cases which make it to court.
Often those who report cases risk being deported, while only those whose cases make it to court receive any police protection.
Frequently, human trafficking victims are returned to Italy under the Dublin Agreement, because that is where they are first registered as asylum seekers by the Nigerian-run human trafficking organizations based in the country.
“When the women return, they are punished by the traffickers for reporting them to the police," Esohe Aghatise, an Italian expert on human trafficking told NRK. "They are forced to make money through prostitution to make up for lost income.”