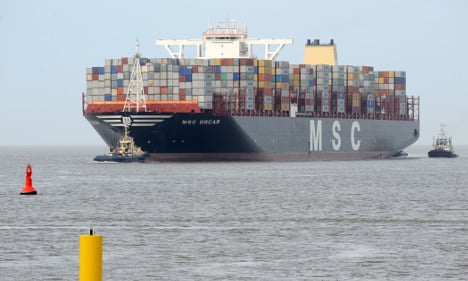 "In Italy and France, the signs of a positive change in momentum, which were assessed as tentative in March, have now been confirmed," the OECD said in a statement.

The figures will come as a relief to the European Central Bank, which recently launched a €1.1 trillion bond buying programme to boost sluggish growth and ward off deflation.

Of particular concern have been France and Italy, the eurozone's second- and third-largest economies, which have been stagnating.

In Italy, which saw its economy contract 0.3 percent last year, the government is forecasting 0.7 percent growth this year.

France's government is forecasting 1.0 percent growth this year, after a meagre 0.4 percent expansion in 2014.

The Paris-based Organisation for Economic Cooperation and Development, which provides economic analysis and advice to its 34 industrialised country members, said the growth outlook was stable in the OECD area as a whole as well as for the United States, Britain and Japan.

In seasonally adjusted terms, Germany exported goods worth a total of €97.7 billion in February, up 1.5 percent from a month earlier, the federal statistics office Destatis said in a statement.

They had dipped 2.1 percent in January.

That meant the seasonally adjusted trade surplus — the balance between imports and exports — remained roughly flat, at €19.6 billion.

Last year Germany's trade surplus reached its highest level due to its bumper exports since the data began being compiled.

It has come under fire for its large trade surplus, with critics arguing that its economic might comes at the expense of the eurozone's weaker members.