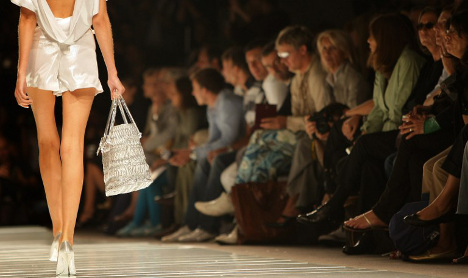 Anorexia nervosa is a chronic illness that affects 1 percent of people. Photo: AFP
Deputies voted through an amendment to a law on public health that would punish anyone "provoking people to excessive thinness by encouraging prolonged dietary restrictions that could expose them to a danger of death or directly impair their health."
Up to an estimated 40,000 people suffer from anorexia in France, nine out of 10 of them women and girls.
The law is designed to take aim at so-called "pro-Ana" sites accused of encouraging excessive thinness.
The two deputies that proposed the amendment, Maud Olivier and Catherine Coutelle, said that "certain sites known as 'pro-Ana' can push people into a vicious circle of anorexia and authorities cannot do anything about it."
The new law is "necessary" and "will not call into question the idea of freedom of expression on the Internet." (Skinny models will keep their jobs in France. At least for now. Photo: Christ T/Flickr)
Anorexia nervosa is usually a chronic illness that affects nearly one percent of people. It is typically diagnosed in young women aged 15-19.
It has one of the highest mortality rates of a psychiatric disorder — between six and 11 percent — and is among the most difficult to treat, doctors say.
Thinness among women has been in the headlines recently, after Socialist MP and neurologist Olivier Véran pushed for ban on skinny models through Health Minister Marisol Touraine's recent reform package.
Touraine herself backed the proposal – that would have stopped model agencies being able to employ models whose Body Mass Index (BMI) falls below a certain level – but it was rejected by French lawmakers in late March.