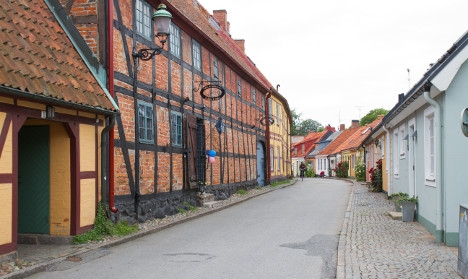 We had many readers fooled that a town in southern Sweden said "no" in a Scottish way. Photo: Shutterstock

Here at The Local Sweden, we had most of you fooled with our film centring on an isolated Swedish town that says “no” in a surprisingly Scottish way – a legacy of the Viking invasion of Scotland many centuries ago. We even got a real live linguistics professor (complete with beard) to tell us about the history of this strange-sounding "no".

Want to know what pranks other Swedish media played? Click on our round-up

Over in Austria, garden gnome enthusiasts got hot under collar after reading about a proposed hike in sales tax for the ornamental dwarves. Bearded Eurovision star Conchita Wurst even got a mention.

In a move likely to stir up Italian wrath (if only it were true), American pizza makers claimed that the US is the true homeland of pizza – and the UN chose Neapolitan pizza as its candidate for protection under Unesco’s Intangible Cultural Heritage List. We even managed to get a quote from America pizza maker Joe Sfincione (Sfincione, by the way, is a type of pizza).

In France, we had expats choking on their morning croissants with a story about a provocative campaign by French restaurant owners to get tourists to shut up when dining out in the capital. Our story included exclusive footage of a loud-mouthed foreign tourist being thrown out of a bar and snaps of campaign posters taken by shocked readers.

In Germany, Chancellor Angela Merkel made the extraordinary announcement that the country had taken inspiration from the British and would re-establish the monarchy. Understandably, the current head of the House of Hohenzollern – the ‘favourite’ to become king – wasn’t too thrilled with the idea, noting that it “didn't work out too well for great-great-grandpa”.

Which stories did you fall for? Let us know in the comments section below