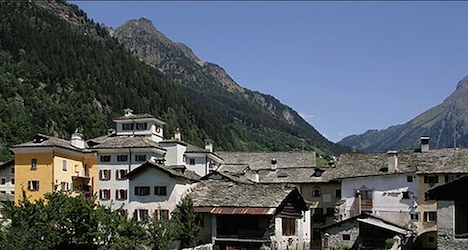 The accident occurred above the village of Vicosoprano, viewed here. Photo: Roland Zumbühl/PicSwiss

The incident occurred on Saturday afternoon as the victim and three other backcountry skiers were travelling from Nasciarina to a 3,046-metre Alpine peak called Cima da Splüga, cantonal police said.

One of the group slipped as they travelled in the direction of Valun dal Largh and as a result the victim also slipped and ended up falling 500 metres to his death.

For safety reasons, Rega also evacuated the three other members of the group off the mountain.