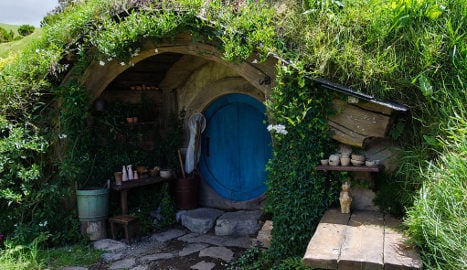 The park, named La Comarca for the Spanish term for The Shire, is supposed to include elves, hobbit homes and scenery similar to that in The Lord of the Rings and Hobbit movies, but the park is not officially associated with the films.

Warner Brothers has reportedly been evaluating the project due to copyright concerns, according to Euro Weekly News. During a presentation of plans for the park at an international tourism convention earlier this year, an actor was dressed up as Lord of the Rings protagonist Frodo along with others in costumes resembling the books' characters.

Still, Rincón de la Victoria mayor Francisco Salado has assured the press that the park would not violate any copyright laws.

There will be different parts of the park to cater to visitors' different interests. One part, called Parque Urbano, will be a small walking attraction for people who don't want to go too far by foot.

Another part, called Zona de Aventura, will be more active with places for people to climb over walls and hobbit homes. There will also be a lake with a picnic area.

"We are going to have a first class tourist attraction that will also be an added value for the province of Málaga," Salado said to Europa Press.

Director of the Tolkien films Peter Jackson said in an interview with Time Out last year that he didn't think a Middle Earth theme park "will ever exist, but who knows."

The town aims to finish the park by the end of 2015 and to spend €1.7 million on the project in total.