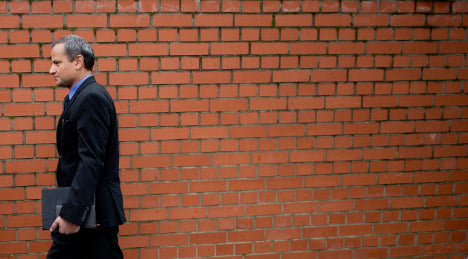 The federation said that it would send a "fatal message" if they were to accept the money.

"It would be wrong to give the impression that it is possible to buy your way out of offences against children," said the federation in an official statement.

Edathy was ordered on Monday to pay the €5,000 after he admitted to downloading child pornographic material and expressed regret for his actions.

After the defence, prosecution and judges agreed on the fine, charges against the former Bundestag member for the Social Democratic Party were dropped.

"For 60 years it has been our purpose to protect children and to help them when they face violence. After intense consideration we felt we could not accept this moral contradiction," said Johannes Schmidt, the chairman of the Child Protection Federation of Lower Saxony.

The federation has asked the court to find a new recipient for the money.

The decision has provoked much controversy and discussion in the media and in wider German society.

Armin Schuster, CDU politician and chair of the fact finding commission into Edathy's actions, urged the prosecution to withdraw its acceptance of the ruling.

Edathy has since announced both on his Facebook page and through his lawyer that his statement in court did not amount to a confession, and that it was not meant to give the impression that he was in possession of illegal child pornographic images.