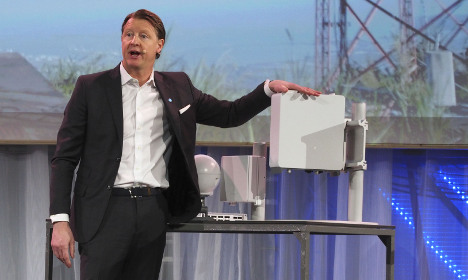 Ericsson announced that it will initiate research into 5G for Sweden during an event at the Mobile World Congress 2015 this week in Barcelona, Spain.

Sara Mazur, Head of Ericsson Research, said in a press statement: “By bringing strong industries and leading universities and research institutions together, we will gain valuable insights and innovations that will enable industries to become digital, using 5G as an enabler.”

“We will establish a strong research community in the ICT field and its integration in industry processes, products and services. Our expectation is that in 2020 the network infrastructure will be capable of connecting everything according to a multiplicity of application-specific requirements,” said Mazur.

Much work remains to be done to figure out how to improve mobile coverage beyond what current 4G services can achieve and the news of the Ericsson deal emerged as the European Union announced that it was looking to pen deals with China, Japan and the United States to co-operate on the next-generation mobile broadband.

“With 5G, Europe has a great opportunity to reinvent its telecom industrial landscape,” Guenther Oettinger, the EU’s Commissioner for the Digital Economy and Society, said at the Mobile World Congress, news agency Reuters reported.

It is perhaps not surprising that tech-savvy Sweden should take the lead in the mobile broadband race. Property consultants Savills named the country fifth best in the world for tech start-ups, behind Austin, San Fransisco, Tel Aviv and New York, but ahead of London, Singapore, Dublin and Berlin, in a report published at the end of February.

And last week The Local reported that Sweden had been dubbed the second best country in the EU for digital performance. The EU's report on digital services in its member states praised Sweden for making fixed broadband services available for 99 percent of homes.

But Ericsson is not unopposed in the tech race. Huawei, Finland's Nokia and France-based Alcatel-Lucent are all jockeying for position and carrying out other 5G experiments.

Reuters quoted the head of Nokia, Rajeev Suri, as saying the 5G drive is likely to be a "three-horse race" between Ericsson, Huawei and his firm.

"I don't aspire only to be third," he promised on Tuesday. "We will move up."