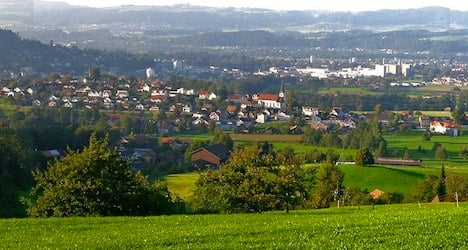 The municipal council of Uzwil ordered town hall employees to put in 44 hours a week instead of 42 hours for a three-month period, Mayor Lucas Keel confirmed on Tuesday.

Workers were informed on Monday of the decision, to take effect on March 9, the Tagblatt newspaper reported.

Keel acknowledged that not all employees were happy about the decision and there was a “real battle” to get the temporary measure approved.

The Swiss franc has risen in value against the euro and other currencies after the country’s central bank decided in January to stop defending a peg against the European currency maintained for more than three years.

The franc immediately rose in value against the euro in foreign exchange trading, reaching parity for a brief period before falling back.

But the franc remains significantly higher against the euro, trading at around 1.075 francs on Tuesday, than the 1.20-franc peg, which is hurting Switzerland’s exporting businesses.

Keel said the municipal council wanted to send a supportive signal to the business community and to show that the municipality was ready to respond to an unusual situation.

Some Swiss businesses have talked about lengthening work hours to cope with the challenge of the high franc.

But union officials were critical of Uzwil council’s decision, with one calling the move one of “flimsy pseudo solidarity”, the SDA news agency reported.

Two trade unions issued a joint statement condemning the extra hours as unnecessary, while noting that public authorities have a model role to play.

Companies that have asked workers to lengthen their work weeks have done so because of monetary problems, which they have discussed with their social partners, the unions said.

The municipality does not face monetary problems and did not consult over the extra hours, they said.