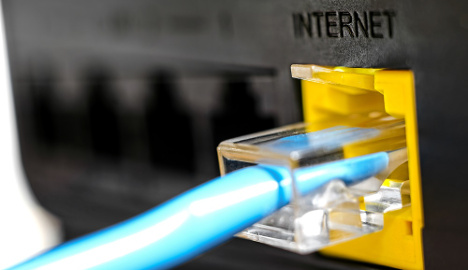 Italy had an overall score of 0.36 for digital performance, putting it in 25th place out of the 28 EU member states. Photo: Internet photo: Shutterstock

Coming 25th out of the 28 EU member states, Italy performs just marginally better than Greece, Bulgaria and Romania when it comes to getting people online, according to the Digital Economy and Society Index published by the European Commission (EC) on Tuesday.

The index measured connectivity (how accessible and affordable broadband is), internet skills, how frequently Europeans use the internet for key activities such as online shopping and accessing news and how well developed digital technologies and digital public services were in each member state.

The report came as the EC prepares its strategy for an EU-wide ‘Digital Single Market’.

Italy had an overall score of 0.36 for digital performance, compared to 0.68 for Denmark, which topped the ranking.

Italy also has one of the lowest rates (59 percent) of regular internet users in the EU, while 31 percent of the country’s population has never been online.

Although advances have been made in getting businesses online over the past year, many are still non-digital.

That said, the digital outlook for Italy is looking rosier.

The move included offering a 50 percent discount to companies investing in “white areas” which are currently untouched by high-speed broadband.

The benefit also extends to those investing in city internet networks, while from mid-2015 space will have to be made for high-speed broadband in new buildings.