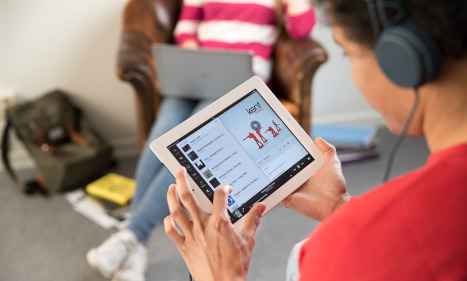 Mobile and tablet customers have been affected. Photo: Susanne Walström/Image Bank Sweden
Problems with 2G, 3G and 4G Telia and Tele2 networks emerged at around 9am on Monday and were still affecting some mobile and tablet users in the afternoon.
Emergency services warned that some customers were finding it difficult to get through to operators when dialling Swedish emergency number 112.
Telia callers found themselves immediately cut off from those they were trying to contact because of what the company described as an "interruption in data transmission in the 3G network".
"As far as I can see, this affects the 3G network across Sweden. We're troubleshooting this now and cannot say what the problem is at the moment," Marcus Haglund, a Press Officer for Telia told the TT news agency on Monday morning.
The mobile phone operator was not able to say how many customers were affected, but Telias' core users are concentrated in Stockholm, Östergötland, Södermanland, Västmanland, Dalarna, Gästrikland and Norrbotten.
Tele2 customers also experienced problems but the company said it had managed to resolve most of the key issues by 2pm.
"We put all of our efforts into fixing the way customers experience our services," Oliver Carra, Head of Media Relation for Tele2 told The Local.
"People were experiencing more dropout than usual and some customers had a hard time accessing data. But a normal service for voice calls should be operating now and we are working on tidying up other issues. It is by no means perfect yet but we are doing our best," he said.