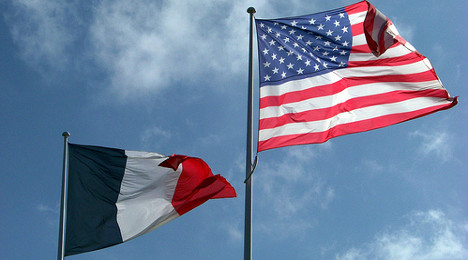 The US remains the top foreign investor and the major job creator in France, a new parliamentary report has revealed.

While investment in France from developing countries continues to rise, albeit slowly, the US stands top of the rankings ahead of Britain and Germany.

The US tops the table mainly thanks to the longstanding presence in France of US giants like IBM and General Electric.

When it comes to the creation of jobs in France, US companies also lead the way.

There were no figures given in the report about the actual number of jobs created during this period.

But foreign companies remain hugely important to the French economy and to the country's jobs market.

Multi-nationals employ 1.8 million workers in France, which represents 12 percent of the total number of those in work.

They are also responsible for 31 percent of exports from France.

France remains fourth in the world for attracting foreign money, behind the US, the UK and Hong Kong, but ahead of Germany.

In recent years there has been lots of publicity around how the Chinese were buying up French vineyards by the dozen and Qatar was trying to get its hands on Paris’s most famous shops like Printemps.

But MP Philippe Kemel, one two French deputies behind the report, said: “The investment of sovereign wealth funds from emerging and Arab countries is miniscule.”

The question of how to boost foreign investment has been on the agenda for some time, given the struggling nature of the French economy and analysts and polls repeatedly suggesting that the country is simply not competitive enough compared to others.

A 2013 UN report revealed that foreign investors were deserting France, while they were increasing for other countries around the world. But Kemel's report poured cold water on these stats with his report stating France received €19.7 billion in foreign investment in 2013 compared to €12.7 billion in 2012.

The two MPs suggest that France’s regional authorities should play the main role in trying to increase foreign investment as many companies complain about having to deal with the various layers of French bureaucracy, from the Town Halls to départements.