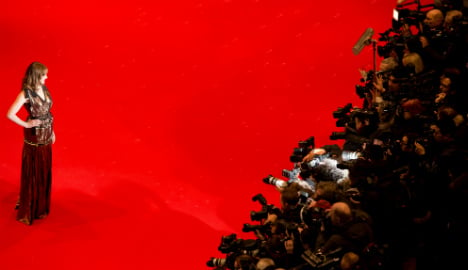 Head of the film fest, Dieter Kosslick, will be meeting the stars of the movie at the Theatre at Potsdamer Platz (Marlene-Dietrich-Platz 4), which is renamed to the Berlinale Palast every February to become the main stage of the film festival. Celebrities registered for appearances here this year include Natalie Portman, Nicole Kidman, Twilight actor Robert Pattinson and James Franco. Just around the corner from the Berlinale Palast is the Hyatt (Marlene-Dietrich-Platz 2), where photocalls will take place. While the press releases and photo sessions are only open to journalists with festival passes, fans can try and catch a glimpse of their favourite actors as they drive in to the parking garage.

A little more than a year after her facelift, Berlin's Zoo Palast (Hardenbergstraße 29A) will be hosting the international premiere of Fifty Shades of Grey, though it's not yet known if lead actors Dakota Johnson and Jamie Dornan will be making an appearance. It will be the film's only screening as part of the Berlinale. The posh hotel (Potsdamer Platz 3), a favourite for celebrites staying in Berlin (the Obama family stayed here for their 2013 visit), will be the setting to several Berlinale events, such as "Movie meets Media", that will be hosted by several film industry players as well as television actors. With a little bit of luck and a willing stomach, fans might be able to catch their favourite celebrity at local restaurants. Try the veal at Borchardt (Französische Straße 47) as the Berlin institution is known for its schnitzel and celebrities flock her to test the claim. Grill Royal (Friedrichstraße 105) is also often frequented by VIP guests, so make your reservation. The Soho House (Torstraße 1) can also be a good spot for sightings, but you'll need a membership to the place, or at least a friend with a membership.