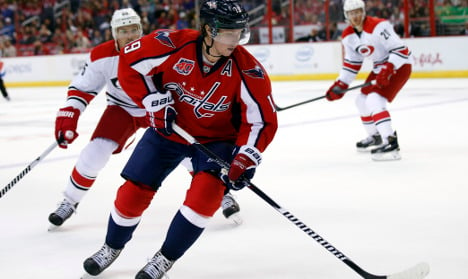 Backström's doping ban – which he was given during the competition in Russia – saw him miss Sweden's final against Canada in February 2014.

Sweden were well beaten 3-0 by Canada, without their key player on hand.

He had initially taken his case to the Court of Arbitration for Sport (TAS) after he was provisionally suspended after testing positive on February 19th for the banned substance pseudoephedrine.

Backström has now accepted the minimum sanction which is a reprimand and allowed to keep his medal.

It was ruled that the player had no intention to improve his performances and the substance found in his system was simply to fight against nasal and sinus congestion which he has taken for the last seven years without failing a test.