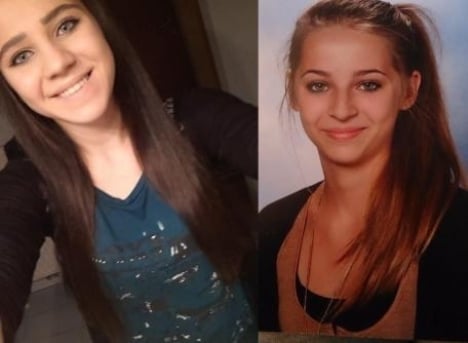 The girls, aged 16 and 17, were said by the Salzburg prosecutor to have offered themselves as 'wives' for Isis fighters.  The pair had already left Austria, but were sent back to the country by authorities in Romania after they were intercepted on a train on December 30 en route to Syria, according to the Austrian Press Agency (APA).

On Tuesday, a judge in the Salzburg district court ordered that the girls be released from custody, after finding that because they had not reached Syria, the girls had committed no crime.

The parents of one of the girls gave the phone of the 16-year-old Chechen girl to the Interior Ministry when she went missing in December.  Investigators were able to find chat logs in a Russian app, which proved the girls planned to journey to Syria to marry Isis fighters there, according to Marcus Neher of the Salzburg public prosecutor's office.

The girls in this case have Bosnian and Chechen family backgrounds, reported APA.  The 16-year-old girl had been in touch with jihadists in Syria for some time, and was apparently responsible for recruiting the 17-year-old girl.  Both girls claimed that they were already promised in marriage to jihadist fighters.

They are the latest in a series of young women who aspired to join the Islamic terrorists, especially the Isis movement.  At least one of the girls is believed to have died in fighting in Syria, according to a UN source.  Authorities estimate that more than 170 people, many originally from Eastern Europe, had traveled to the Middle East from Austria to join Islamist militant groups.

Austria's interior minister Johanna Mikl-Leitner set up a hotline to help deal with islamic radicalization in November.  The 16-year-old girl was only recently granted asylum in Austria at the end of December.