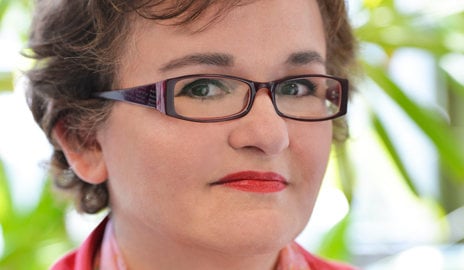 Markets surged this week as investors bet data showing prices fell year-on-year in the eurozone in December would push the ECB to launch massive purchases of government bonds, only to slump back on indications it may act cautiously.

"We are seeing persistent weak inflation, due to among other things the prices of energy and food having fallen sharply," Lautenschläger said in an interview with the weekly Der Spiegel due to hit newsstands on Saturday.

The 0.2 percent drop in consumer prices is the first fall in consumer price inflation in the eurozone in five years, and many analysts warn low energy prices could keep prices falling for an extended period.

Deflation is defined as an extended period of falling prices where consumers begin to put off purchases in expectation they will fall further, sparking a damaging cycle of falling production, employment and prices.

The ECB has been watching warily as inflation fell further away from its target level of just under 2 percent last year as oil prices tumbled by half.

Federal Reserve did during the global financial crisis to protect the eurozone from deflation. Some analysts see the ECB as now having little choice to do so at its next meeting on January 22.

But Lautenschläger, who was formerly a deputy head of the German central bank, said "the purchase of sovereign bonds is for me the last option in monetary policy."

"The benefits and the risks of such a programme should counterbalance in a reasonable manner, and for me that isn't currently the case," she added.

Germany has voiced its reserves to the ECB launching a QE programme, including Bundesbank chief Jens Weidmann, who also sits on the ECB's governing council.

Draghi has said the ECB's staff were asked to draft possible models for a QE programme. Bloomberg news agency reported on Friday that the ECB governing council has been presented scenarios including purchases of up to 500 billion euros ($59 billion) in investment-grade assets.

Markets were disappointed with that amount which is only half of the 1.0 trillion euros in the expansion in its balance sheet that the ECB has targeted to ward off deflation.

Prices in Germany are rising, but not as fast as they should be. Photo: Jens Büttner / zb / dpa
Price growth hit 1.5 percent year-on-year last month, statistics authority Destatis said, some 0.4 percentage points higher than in November.
And it reached the same level when measured using the Harmonised Index of Consumer Prices (HICP) yardstick preferred by the ECB.
But while German price growth was headed in the right direction, it was still well short of the ECB's just-below-two-percent goal. Over the full year 2019, inflation averaged just 1.4 percent.
“There is little sign of sustained growing price pressure that could prompt the ECB to rethink its ultra-expansive monetary policy,” said economist Uwe Burkert of LBBW bank.
READ ALSO:
Here's a graph put together by the German newswire DPA, showing how the inflation rate in Germany has fluctuated between 2008 and 2019.

The ECB has set interest rates at historic lows, granted hundreds of billions of euros in cheap loans to banks, and bought more than 2.6 trillion euros ($2.9 trillion) of bonds in efforts to keep credit flowing to the economy, stoking growth and inflation.
But it has fallen short of its eurozone-wide price growth target for years, predicting last month it would inch up to just 1.6 percent by 2022.
Economists have pointed to both uncertainty over political events, like trade wars and Brexit, and long-term developments like ageing populations as possible reasons for sluggish growth and inflation.
Under new chief Christine Lagarde, the ECB plans to launch a wide-ranging “strategic review” this year, its first since 2003, that could adjust its tools or even reexamine the inflation target itself.
In the meantime, she has urged countries — like Germany — with sound government finances to lift spending in hopes of juicing the economy.
SHOW COMMENTS
Url copied to clipboard!