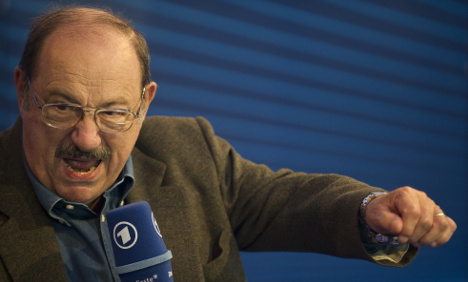 "It doesn't seem right to talk generically about 'Muslims', just as it would not have been correct to judge Christianity on the bases of methods used by Cesare Borgia," he said in an interview with the Corriere della Sera daily, following a deadly Islamist attack in France on Wednesday.

"But we certainly can talk about Isis, which is a new form of Nazism, with its extermination methods and its apocalyptic desire to take over the world," he said.

Eco, best known for his book "The Name of the Rose", was speaking after a bloodbath committed by masked gunmen shouting "Allahu akbar" ("God is greatest") on the Charlie Hebdo satirical newspaper offices which left 12 dead.

"What is certain is that it has changed the mode of war. There's a war going on and we're in it up to our necks," he said, comparing the fear generated by the Paris attack to living through bombardments during the Second World War.

"It's like when I was small and lived my days with the risk of bombs which could arrive from one moment to the next," said Eco, who was evacuated during the war to a village in northern Italy.

"With this type of terrorism, the situation is exactly what we lived through during the war."

The bestselling novelist said he had written a newspaper article 30 years ago in which he warned of the risks involved in the phenomenon of mass migration, saying "migrations are global, they cover huge amounts of ground and last a long time."

"Back then I wrote that until we found a new balance, a lot of blood would be spilled," he said.