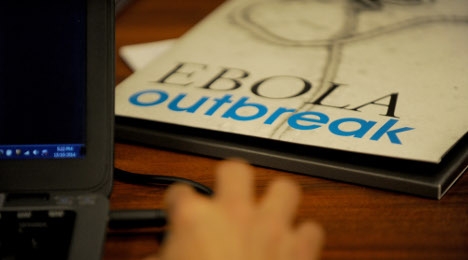 The current Ebola epidemic in west Africa has so far killed around 5,700 people. Photo: Jay Directo

The patient also no longer has a fever but remains “profoundly exhausted”, medics said in a statement posted on the website of Rome’s Lazzaro Spallanzani Institute on Wednesday.

On Tuesday, the 50-year-old, who was flown to Rome from Sierra Leone on November 24th, began treatment with an experimental drug brought in from abroad, the statement said.

He has also received two blood transfusions from a German survivor of the disease.

The man has not been formally identified but Emergency, the medical NGO he was working for, said he was a 50-year-old infection specialist and Italian media described him as a married father of two daughters from Sicily whose first name is Fabrizio.

Ebola, a disease transmitted through the bodily fluids of infected people, can result in death from uncontrollable bleeding and organ failure. The current Ebola epidemic in west Africa – the worst ever recorded – has so far killed around 5,700 people.