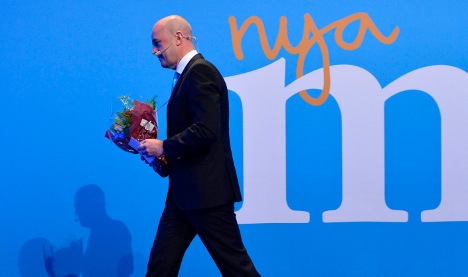 Since being ousted from office in September the Moderate party has conducted an internal review to find out where it got it wrong. The party lost seven percent of its vote compared to the 2010 election.

Key to their defeat claim party members Hans Wallmark and Per Nilsson was their failure to connect with voters on jobs, welfare and immigration.

They stated in an article in Sweden's Dagens Nyheter that the Moderates didn't develop their jobs policies while in office, while the Social Democrats set the tone when it came to welfare.

Meanwhile the Sweden Democrats bossed the agenda when it came to immigration meaning that many who normally voted for the Moderates switched over to the nationalist party instead.

"There has always been a group of Swedes who want to limit immigration. They have not had a party until the Sweden Democrats came along," said Per Nilsson, communication and analysis manager of the post election probe for the Moderates, in the article.

He added; "A lot of these voters vote for them simply because they want to limit immigration. There is nothing we can do about that. We stand for openness."

Wallmark and Nilsson concluded that by the time the 2018 election rolls around the party must become better at handling the welfare and immigration questions.

One issue where the Moderates still found favour with voters was in their handling of the economy, which was deemed to be the party's strongest asset.