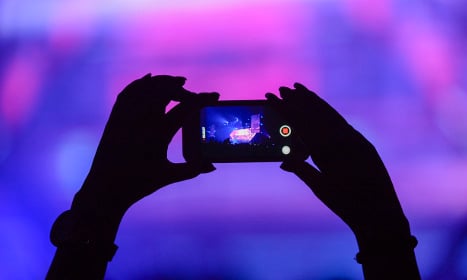 Photo: TT
Eighty percent of Tele2 mobile phone users currently sign up to a contract which sets the number of minutes and data they pay for in advance each month for the following 24 months. The cost of a handset is usually absorbed into their monthly fee.
But Tele2 plans to swap all of its customers onto a new flexible deal, which will allow them to vary the amount of data or free call time they get each month. They will pay a separate fee for their handset, either at the start of the contract or in fixed monthly installments.
The company is the first in Sweden to offer this kind of contract, although similar deals are already available in countries including the UK and the US.
Tele2 said it was responding to customer dissatisfaction with its current services, which led to 634 complaints last year.
"What we are doing is separating the phone from the plan," press spokesman Oliver Carrà told The Local.
"Now you can vary how you use your phone each month. You will have a totally different kind of freedom. You can really cut your phone bills if you are going away for the summer for example and if you want you can even leave Tele2 at any time and move on to another billing contract, although you'd still have to pay what you owed for the handset," he added.
Other mobile phone companies have been quick to respond to the announcement, arguing that they also offer flexible solutions for customers.
Speaking to news agency TT, Three said it had a SIM-only deal which customers could cancel at a month's notice and Telia said it offered non-subscription packages.
But Tele2 insists what it is now offering customers will be the most flexible deal on the market in Sweden for the majority of customers who want to make monthly payments for a handset, calls and data.
In a statement, the company's CEO Thomas Ekman said:
"We want to change the industry and hopefully our competitors will follow us".
"This is probably the biggest change in 20 years. We want to turn this industry upside down. We can no longer lock in customers".